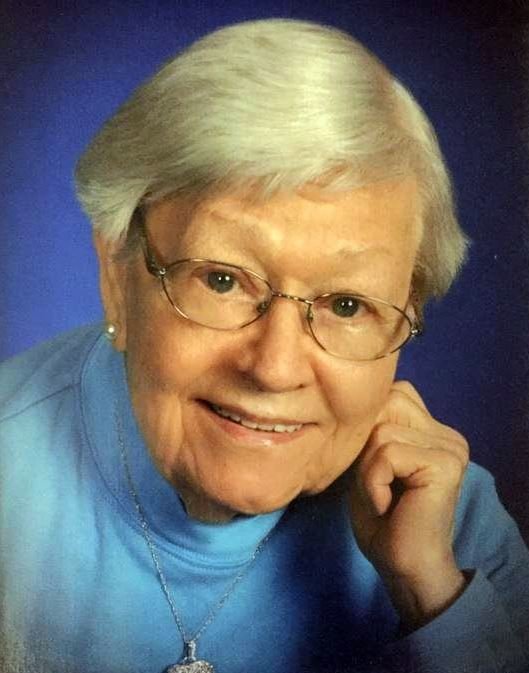 Please share a memory of Oma to include in a keepsake book for family and friends.
View Tribute Book
Oma Lee McClendon Puckett was born February 26, 1924 in Wilson, Oklahoma (Carter County) to Barnett “Barney” Allgood McClendon and Mary Susan “Susie” (Hudgins) McClendon. Oma Lee passed from this life on June 24, 2021. She grew up in Wilson, graduating from high school in 1942. Oma Lee was active in school activities including band. She went to work for the Red Cross during World War II until the end of the war. Oma Lee married Charles D. W. Puckett on February 14, 1946. She was a fulltime wife and active in church activities and groups, especially as a minister’s wife. From this union, four children were born blessing her with grandchildren and great grandchildren that she loved very much. Being in the Methodist Conference, meant moving several times with the last move being to Broken Arrow. After Charles’ retirement, they joined First United Methodist Church, Tulsa and she was employed in the church tape ministry. Oma Lee was preceded in death by her parents; her sister, Maude; brother, Homer; and by her husband of 64 years, Charles Puckett. She is survived by her children, Susan C. Blaylock, David P. Puckett and his wife, Betty, Ruth A. Rose, Sarah L. Childers and her husband, Mike. Six grandchildren and six great grandchildren. In lieu of flowers the family suggests donations be made to First United Methodist Church Missions.
Tuesday
29
June

Look inside to read what others have shared
Family and friends are coming together online to create a special keepsake. Every memory left on the online obituary will be automatically included in this book.
View Tribute Book
Share Your Memory of
Oma
Upload Your Memory View All Memories
Be the first to upload a memory!
Share A Memory
Plant a Tree