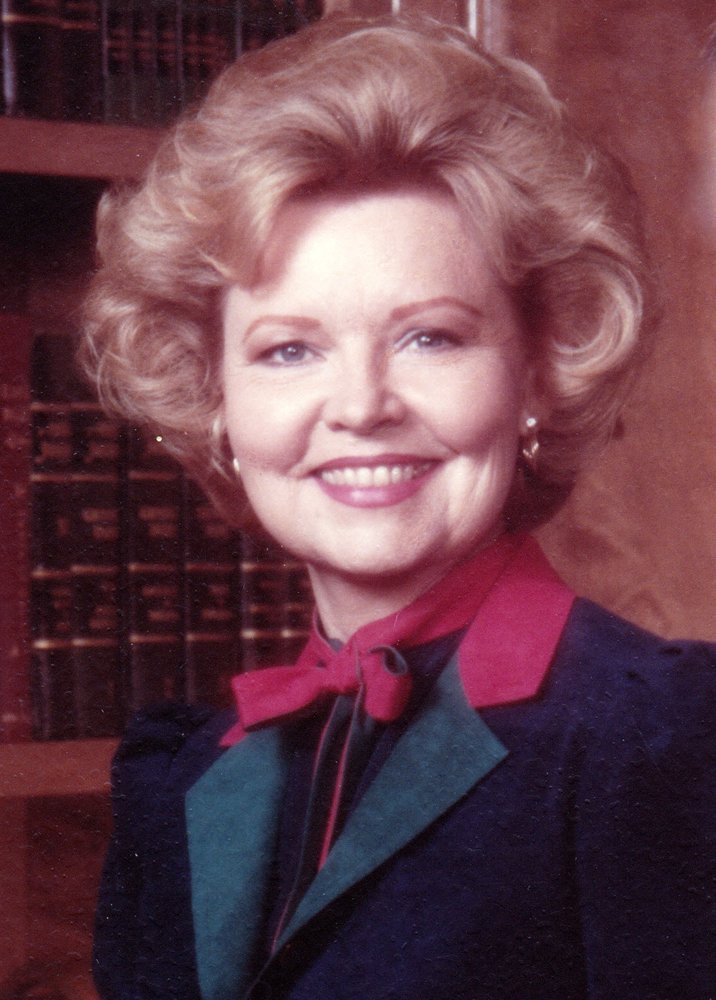 Please share a memory of Dolores to include in a keepsake book for family and friends.
View Tribute Book
Dolores Jean (Wooley) Henshaw Kinney was born September 29, 1933 in Mountain Grove, Missouri to James and Jean (Power) Wooley. She went to be with the Lord Thursday, July 15, 2021. After moving to Tulsa, she attended Tulsa Public Schools and graduated from Central High School in 1951, where she was member of Emanon social club. Dolores worked in secretarial positions in the oil and gas industry and was a member of the Desk and Derrick Club of Tulsa. On May 30, 1953, she married her high school sweetheart, Jack DeWitt Henshaw. They moved to Texas when Jack entered the military and enjoyed living in Dallas for a time after Jack left the Army. Once they returned to Tulsa, it remained her home the rest of her life. Jack started a residential development business which was very successful during the 1960’s and 70’s. The family spent much time with friends at Grand Lake during the summers and those friendships are still special and cherished. Jack’s life was taken in a plane crash outside Hot Springs, AR in 1972 and Dolores continued their business for a time with the assistance of her father. She met Gene T. Kinney, Editor of the Oil and Gas Journal and the two married April 16, 1981. Dolores and Jack joined Kirk of the Hills Presbyterian Church in 1969 and The Kirk continued to be the church she and Gene attended. Dolores served in many of the organizations dear to her, including Tulsa Men’s and Mrs. Clubs, Tulsa Boys Home Auxiliary, Tulsa Day Nursery and P.E.O. Dolores was a longtime member of Oaks Country Club. With Gene’s work and after his retirement, the two traveled nationally and internationally. They loved to play golf during their travels and held great memories of playing some of the best courses in the world. Dolores also loved Bridge and was a skilled player. Gene passed away December 2019 after a brief illness. Dolores was also preceded in death by her parents; her sister, Carolyn; and her son, Jeff. She is survived by her daughter and son-in-law, Leslie Henshaw Morris and David Morris; her sister and brother-in-law, Jamie Wooley and Steve Schroeder. Grandchildren, Jade Henshaw Bannon, Marshall Henshaw, Sydney Henshaw Morrow, Ethan Morris, Elliott Morris; and four great grandchildren. A memorial service will be held 2:00 p.m. Friday at Kirk of the Hills. In lieu of flowers, friends may contribute to Tulsa Boys’ Home or Kirk of the Hills. Ninde Funeral & Cremation (918) 742-5556 ninde.com
Print
Friday
23
July