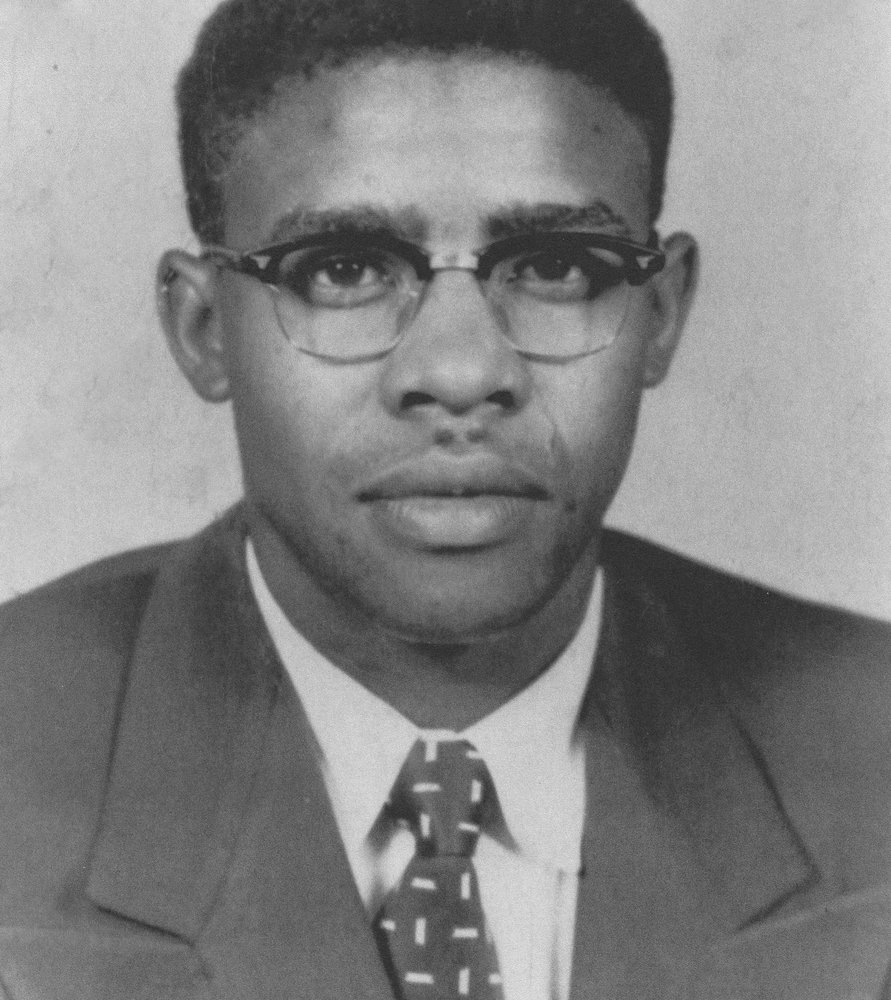 Please share a memory of Merriam to include in a keepsake book for family and friends.
View Tribute Book
Melvin Madlock was born October 28, 1933 to the parentage of the late Alonzo Madlock and Lucy Griffin in Sardis, Mississippi. He accepted Christ at an early age and became a Baptist preacher in his teenage years, assisting the minister of the West Camp Baptist Church in Batesville, MS. He was a faithful member of the New Testament Holiness Church in Tulsa, OK until his death. He attended the Mt. Gillion school in his early years and went on to continue his education at Natchez College in Natchez, MS. He left Mississippi in the early 1950’s joining his father, brothers, and other relatives as they followed their employment to Texas. He along with his colleagues were contributors to the building of the Lewisville Dam and the Grapevine Dam which are now called Lake Lewisville and Lake Grapevine in north Texas. He later moved on to Kansas City, Missouri where he established his own janitorial service. After which, he moved to Tulsa, Oklahoma where he resided more often than not until his death. He was preceded in death by his parents; stepmother, Ruby Madlock; son, Kevin M. Madlock; twin sister, Mable Madlock; grandson, Nathaniel Madlock; siblings, Waltdale (Wadell) Madlock, Juanita Kuykendall, William Madlock, Sr., Willie Mae Elam, Sid Madlock, Jennie Hoskins, and stepsister Birdie Price. He leaves to cherish his memories three children, Alice M. Mitchell (David) of Denton, TX, Alonzo Madlock and Wredell Madlock (Yvonne) of Tulsa, OK; stepsons, McArthur Wallace and Edward Wallace, Jr. of Denton, TX; seven grandchildren, Jenequa Eldridge (James) of Denton, TX, Calvin Evans II (Armelia) of Little Elm, TX, TyAlicia Stepney Scott of Denton, TX, LaMaria DarDar (Kristopher) of Keller, TX, Joy Madlock of Tulsa, Gabrielle Madlock of Tulsa, LaKevin Madlock of Chicago, Illinois; and ten great-grandchildren. He also leaves two sisters, Virginia Reed of Tulsa, OK and Thelma Richardson of Nashville, TN; one brother, Lincoln Madlock (Bobby) of Brownwood, TX and a host of nieces, nephews, cousins, and friends.
Print
Thursday
29
July