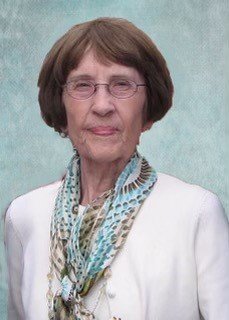 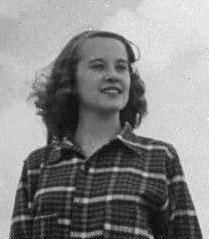 Please share a memory of Barbara to include in a keepsake book for family and friends.
View Tribute Book
Friday morning, at the age of 91, my Mother succumbed to a sudden illness. She lived a long, successful life with her closest family members by her side during her last few days. Barbara June Hambric was born in Wichita, KS to Olive and Hollis Bounds on November 9, 1929. Later the family moved to Tulsa where she graduated from Will Rogers High School. Several generations of the family enjoyed many moments at the family cabin at Cedar Crest Country Club. Purchased by her parents, “the cabin” was her favorite get away place. As a single mother, she began her 40 plus year career as a Draftsman in Tulsa for Carter Oil Co which later became Exxon. At the age of 42, she returned to Tulsa University where she completed her Bachelor of Arts Degree, later earning her Masters plus thirty hours in Speech and Education. She taught for the Tulsa Public Schools for 20 years ending her career at her high school alma mater. She was a member Kappa Kappa Gamma sorority at TU and a longtime member of First United Methodist Church of Tulsa. In 1947, Barbara Bounds and her surviving twin sister Betty were featured in Life Magazine. The story was entitled “Tulsa Twins: They show How Much the Teen-Age World Has Changed”. The article included a photo essay (picture above) by the famous photographer Nina Leen. The article was created to depict the lifestyle and fashion of a typical teenage girl during the cold war. The article and photos can still be found today on the internet. She is survived by her son Mark and his wife Stacy, granddaughter Natalie Osgood and her husband Chad, grandson Greg Hambric and his wife Paige, Cory and Haley Gummere and her beloved great-granddaughters Cathryn, Samantha and Madison Osgood. She is also survived by her twin sister, Betty Campbell, niece Barbara Wilson and nephew Randy Jones. In lieu of flowers, please donate to Porta Caeli House, an amazing hospice Catholic Charities Facility with amazing staff. Spending her last few days there brought peace to my Mother in her final hours.
Wednesday
28
July