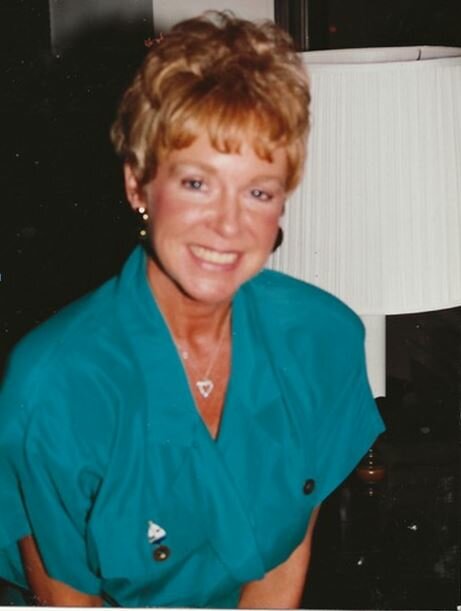 Please share a memory of Joan to include in a keepsake book for family and friends.
View Tribute Book
Joan Elizabeth (Martin) Mudd was born January 5, 1941 in Tulsa, OK to Charles & Mildred (Baxter) Martin and passed from this life in Austin, TX on August 31, 2021 at the age of 80. Joan grew up in Tulsa, Oklahoma and graduated from Edison High School. She attended university of Oklahoma where she was a member of Delta Gamma Sorority and named Sweetheart of Sigma Chi. Joan and Jerry raised their family in Houston where she lived until 1995 when she moved to Dallas, TX Joan and Jerry moved to Austin, TX in 2005 to be near their boating lifestyle and love of the water. Joan had a strong Catholic faith. Her hobbies included supporting the ASPCA, reading the #1 Bestseller and seeing all the new movies in the theater. She was a loving wife, mother and grandmother. Her children, grandchildren and her constant companions, Teddy and Bear, were the loves of her life. Preceded in death by her parents Joan is survived by her husband, Jerry Hugh Mudd; her daughter, Jana Fant and husband, Richard; her son, Byron Mudd and wife, Janet; her son, Michael Mudd and partner, Sara Hill; her brother and sister-in-law, Larry & Christine Martin; and 7 grandchildren. Private family services to be held. In lieu of flowers, the family requests donations be made to the ASPCA Ninde Brookside, 918-742-5556, www.ninde.com

Look inside to read what others have shared
Family and friends are coming together online to create a special keepsake. Every memory left on the online obituary will be automatically included in this book.
View Tribute Book
Share Your Memory of
Joan
Upload Your Memory View All Memories
Be the first to upload a memory!
Share A Memory
Plant a Tree