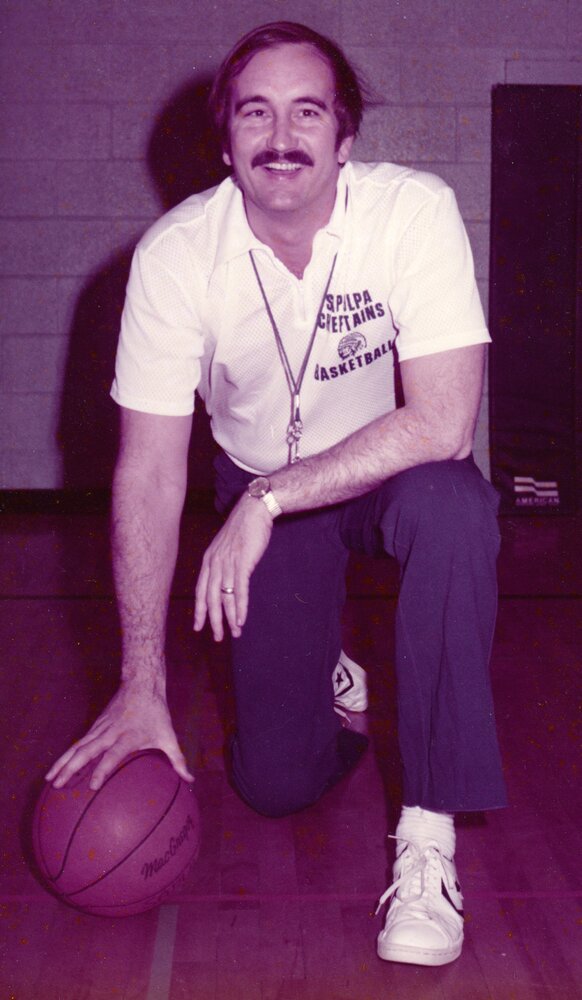 Please share a memory of Ray to include in a keepsake book for family and friends.
View Tribute Book
Ray Reins was born in Chicago, IL on February 28, 1939 to Orel and Elmer Reins. After moving to New York in 1940, he moved to Tulsa in 1945. There he attended Elliot Elementary and Horaceman Junior High. He went on to attend Tulsa Central where he played basketball all four years, becoming an All-Stater in 1957 helping leading his team to the state tournament. He accepted a full scholarship from Oklahoma State University where he played for legendary coach Henry Iba for five years lettering in 3 of those years. He graduated in 1962 with a BS in Business Administration. From 1962-67 he worked at both Sears & Roebuck as well as Douglas Aircraft. He got his Teaching Degree in 1968 at Tulsa University. In 1972 he got his Masters in Guidance and Counseling at Tulsa. In 1986 he got his Administrative Degree from UCAT. His first coaching position was in 1966 for the Freshman team at Edison. In 1968 he was a counselor and assistant basketball coach at Cascia Hall. In 1969 he accepted a job at Sapulpa Jr. High teaching Geography and assistant of the High School Boys Basketball team. 1970 saw him taking over as Head coach, a position which he held until 1993. Over that span he would go on to compile a record of 346 wins and 245 losses. His teams were conference champions 6 times and he won conference coach of the year 6 times. He was the All State coach of the East team in 1986. In 1989 he was the Faith Seven Coach. In addition to coaching basketball, he coach many other sports at Sapulpa including: Tennis, Golf, and Football. In the summer of 1971 he and His best friend Bill Kusleika went to Italy to coach the Pettazoni All-Americans, a group of college all star basketball players. After retiring from coaching in 1993, Ray continued to teach at Sapulpa until 2008. During his coaching career, he had numerous All-Staters and players that went on to play college ball at the Division 1 level. Among the subjects he taught were Psychology, Street Law, Keyboarding, and Geography. He married Kathy Reins in 1975 and they had their only son, Mitch Reins in 1987, who followed in his father’s footsteps and now coaches and teaches at Allen Bowden. Outside the classroom and off the court Ray loved to swim, play water volleyball, ride his bike and motorcycle, swing dance, garden and travel. Even though he retired from the game he was still an avid fan, attending every basketball and football games he could. He loved going to TU and ORU basketball games as well as Tulsa and Oklahoma State football games. Ray was widely known, well-loved, and respected by many people. Ray is preceded in death by his parents and survived by his son, Mitch Reins; his sister, Jean Nixon; and his brother and sister-in-law, Robert & Linda Reins. Funeral 10:00 a.m. Friday, September 24 at Ninde Brookside Chapel with graveside committal to follow at Memorial Park Cemetery. Ninde Brookside, 918-742-5556, www.ninde.com
Friday
24
September