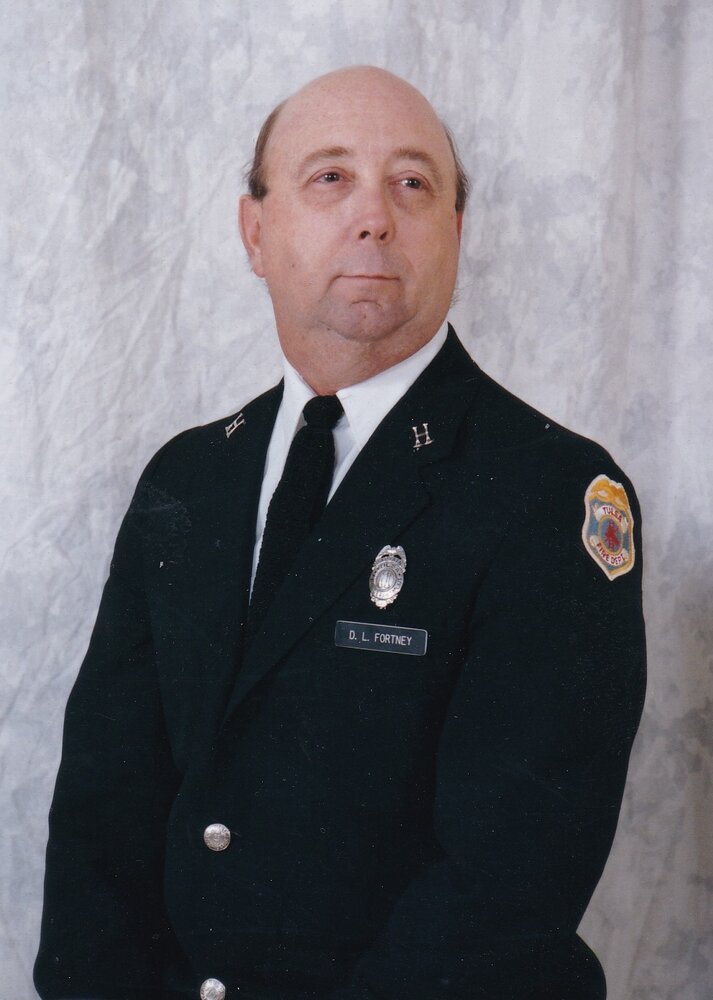 Please share a memory of Dallas to include in a keepsake book for family and friends.
View Tribute Book
Dallas LeRoy Fortney died at home, October 6, 2021 from a sudden illness. He was born May 6, 1948 in Tulsa, OK to Bruce Dallas & Virginia Lee (Carter) Fortney. Dallas grew up in Tulsa and graduated from Will Rogers High School in 1966. He graduated from Northeastern A & M in Miami, OK in 1968. He joined the Tulsa Fire Department in 1970 and retired after 40 years of service as District Chief in 2010. Dallas married Gloria J. Marker in 1969 at Tulsa First Presbyterian Church. They had one child, Brent Dallas Fortney. Dallas loved his grandsons, stock car racing, traveling, being part of the Masonic Indian Degree Team and going to pow-wows. He was a Past Master of Jenks Masonic Lodge 497. Chaplain of Tulsa Chapter SAR National Society, Sons of the American Revolution, member of Akdar Lodge 555 Perpetual Member of Akdar Shine, awarded The Legion of Honor from the Order of Demolay, member of Amaranth and Tulsa Scottish Rite and a member of the National Huguenot Society. Dallas enjoyed his retirement and often said he was busier in retirement than when he was a firefighter. He loved life, his family and all his friends. If someone needed help he was always there. Dallas, you are loved and will be greatly missed. Dallas is survived by his wife Gloria and two grandsons, Roger Dallas and Brent Patrick Fortney. He was preceded in death by his son, parents and brother, Darell Bruce Fortney. A funeral will be held 10:00 a.m. Wednesday, October 13, 2021 at the Ninde Brookside Chapel, 3841 S. Peoria. Masks will be required. He will be laid to rest at Memorial Park Cemetery, Tulsa, OK.
Wednesday
13
October

Look inside to read what others have shared
Family and friends are coming together online to create a special keepsake. Every memory left on the online obituary will be automatically included in this book.
View Tribute Book
Share Your Memory of
Dallas
Upload Your Memory View All Memories
Be the first to upload a memory!
Share A Memory
Plant a Tree