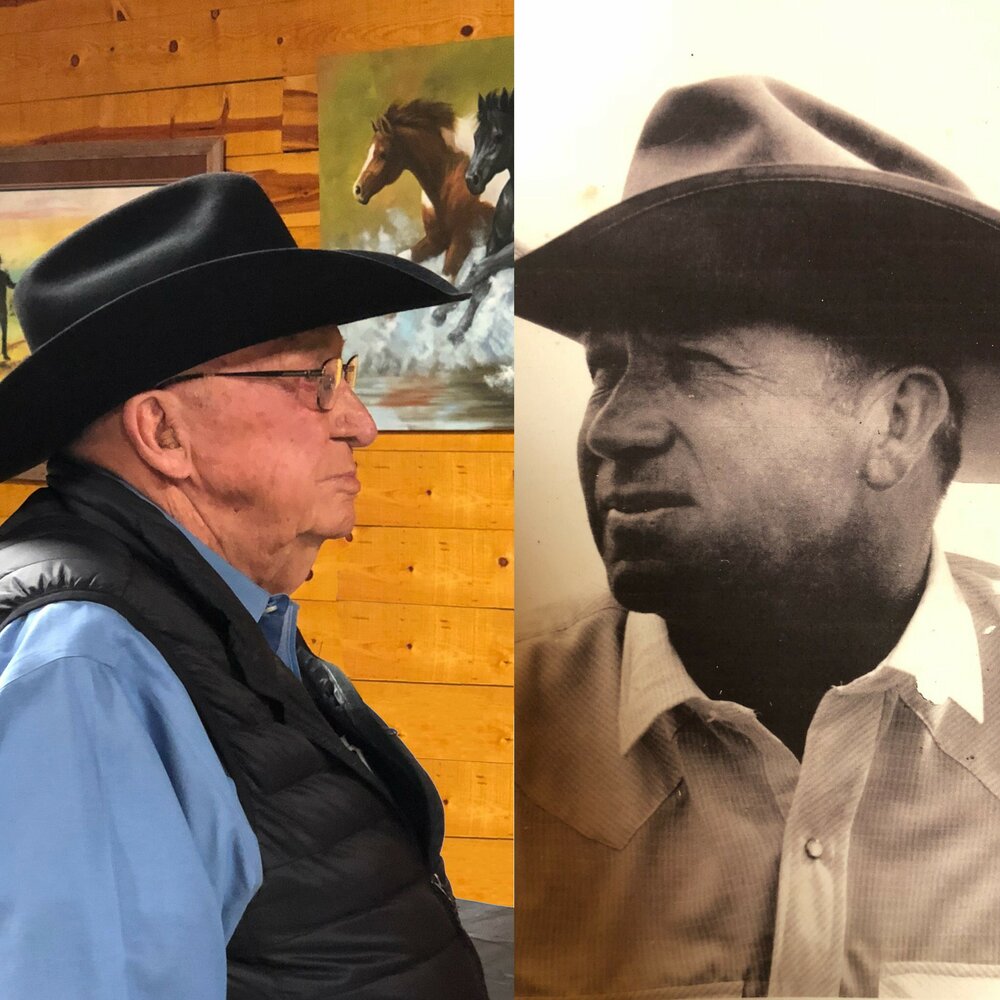 Please share a memory of Charles to include in a keepsake book for family and friends.
View Tribute Book
Charles Wayne Longacre was born on January 14, 1928 in Horatio, AR to Emmitt and Eva Marie (Bland) Longacre. On Tuesday, October 19, 2021 Charles passed from this life, at his home in Mounds, surrounded by his family at the age of 93. Charles was raised in Arkansas, then moved to Oklahoma. Enlisting in the Army in 1946, he went on to serve as Sergeant of Military Police. He met his wife-to-be in her hometown of Purcell, OK, where they were married on April 5, 1952. Their three children were then born in Norman, where Charles worked in geology and paleontology under Professor Stovall at the University of Oklahoma Stovall Museum of Science and History. The family later moved to Broken Arrow, OK in 1963, followed by a move to Guymon, OK where Charles managed a feedlot. In the late '70s, the family settled in the south Tulsa area. A lifelong horseman, Charles roped in his younger years, trained racehorses for many years and showed quarter horses well into his old age. A fascinating storyteller, his grandchildren often recall their Poppy’s compelling stories of his life and interests, as well as a few undoubtedly tall tales. Charles enjoyed gardening, visiting with friends and anything to do with horses. With Cross Bar Arena just down the road, he often visited whatever event was being held and was a local friend to all. He was a man of faith and fervor for life. He was preceded in death by his parents; his wife, Frances; step-mother Edna Longacre and brothers Clarence and Winfred Longacre. He is survived by sons and daughters-in-law: Phil and Tammi Longacre of Vinita, OK and Keith and Nikki Longacre of Glenpool, OK and daughter and son-in-law, Renee and Larry Chancellor of Jenks, OK; half-brothers: Jerry Longacre, Jimmy Longacre and Steve Longacre; 11 grandchildren and many great-grandchildren. A celebration of life will be held 1:00 P.M. Wednesday at Happy Acres Cowboy Church (Cross Bar Arena), 5720 W. 171st Street, Mounds, OK. In lieu of flowers, the Longacre family requests donations to Happy Acres Cowboy Church in Charles’ memory.
Wednesday
27
October