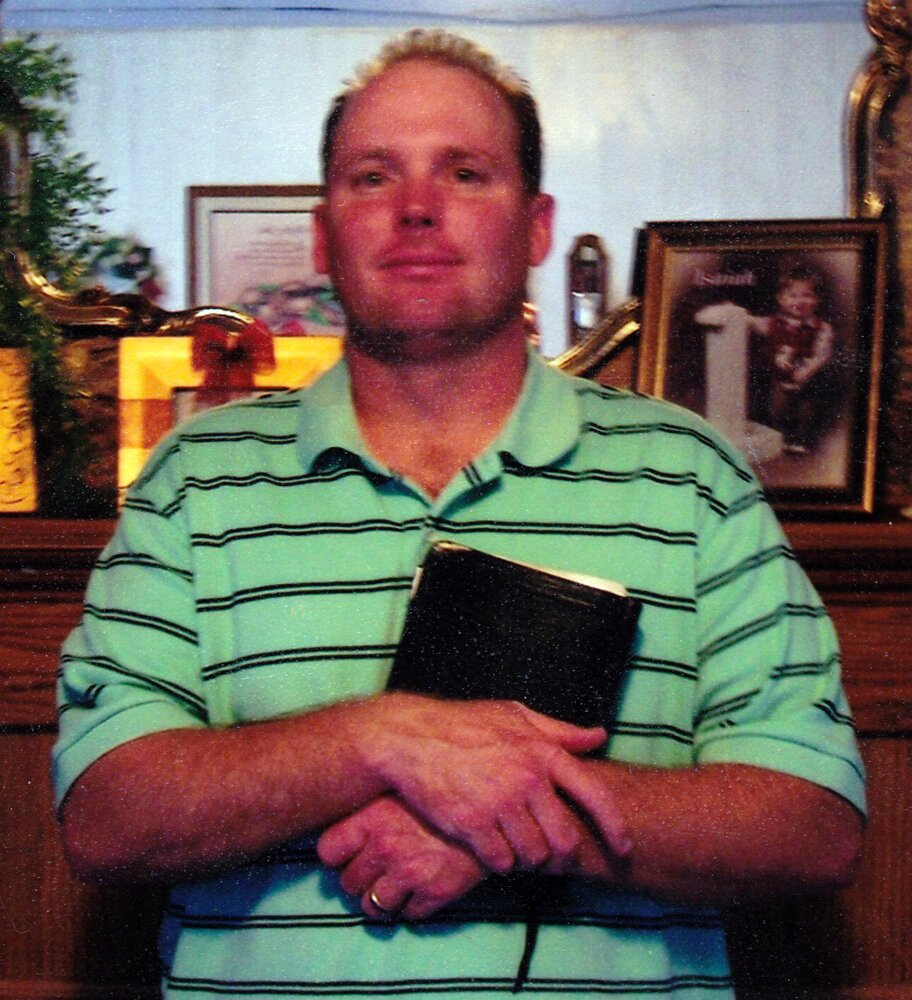 Please share a memory of Jeffrey to include in a keepsake book for family and friends.
View Tribute Book
Jeffrey Don Wren was born to Edgar William Wren and Sherril Elizabeth (Woods) Wren July 16, 1974 in Stigler, OK and passed from this life on October 24, 2021 at the age of 47. Jeff became an ordained minister in 2007. He preached the word of God and lived his life for the Lord. He loved spending his time with his son, family and friends. Jeff is preceded in death by his father and is survived by his mother; his step father, Rev. Walter Riley; his wife of eighteen years, Amanda Marie (Poteet) Wren; his son, Isaiah Wren; his sister, LaDonna (Jones) Long and husband, Joe; nephew Dayvon Jackson; niece Jaelyn Jones; his God brother Michael Scott and wife, Ashlyn; his God brother, Michael Hall and wife, Krissy; his God sister, Stacie Hartley and husband, Billy; his God brother, Dion Hall and wife, Katie Troh; his grandparents, Doyle & Lois Hancock; special in-laws Audrey and Loretta Poteet; and several uncles, aunts, nephews, nieces and cousins. A funeral will be held 11:00 a.m. Tuesday, November 2 at Christian Life Church, 2930 S. Garnett Road and he will be laid to rest at Rolling Oaks Memorial Gardens. Ninde Brookside, 918-742-5556, www.ninde.com
Tuesday
2
November