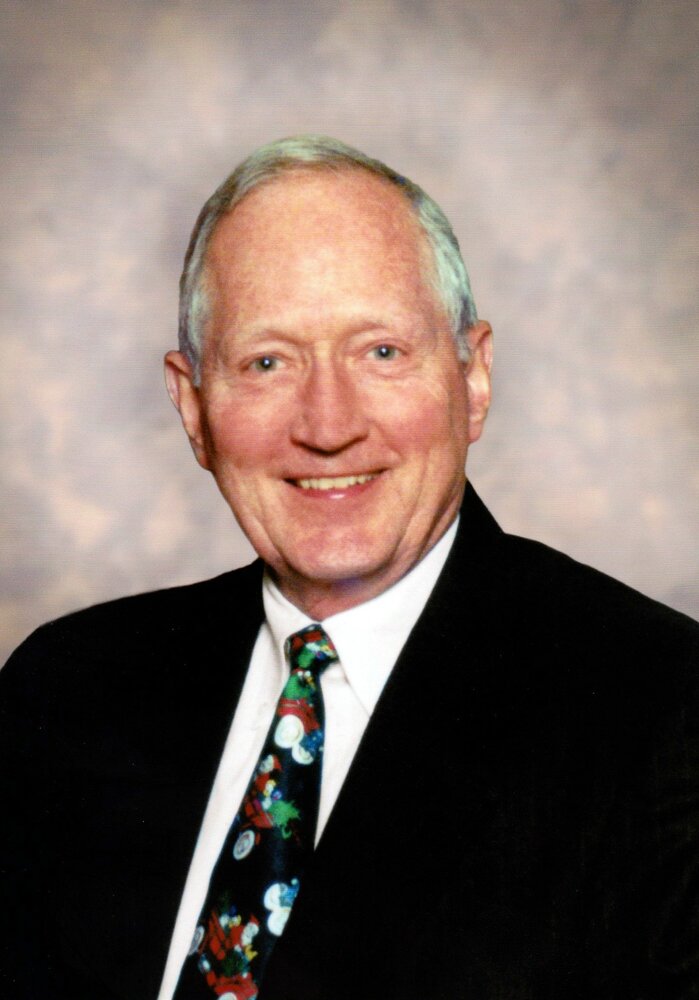 Please share a memory of Charles to include in a keepsake book for family and friends.
View Tribute Book
Charles Madison Klabzuba was born September 14, 1934 to Charles and Kathleen Louise (Madison) Klabzuba. On November 9th, 2021, Charles, at the age of 87, passed peacefully from his temporary home at Clarehouse in Tulsa, Oklahoma to his permanent heavenly home and is now at rest with his beloved Savior. Charles graduated from Prague High School in Prague, Oklahoma. Upon graduation, Charles attended the University of Oklahoma until he enlisted in the United States Army where he served for five years. While serving in the Army, Charles was entrusted with a special assignment which involved him being stationed in Germany for most of his military career. Charles was employed with Flintkote Supply in Oklahoma City 15 years and served as Branch Manager. He was also responsible for all phases of operations for National Wholesale Building Companies. Charles had the oversight of training and supervising both outside and inside sales staff for five states. In 1976, he moved to Tulsa, Oklahoma and was employed as branch manager for Sequoia Supply. After working for over twenty years in the wholesale supply business, Charles returned to school, earned a broker's license, and went to work with Leroy Johnson Somerset Homes in the construction of new homes. On April 30, 1988, Charles married the love of his life, Mary Jo Kropp. They made their home in Broken Arrow, Oklahoma where they were residents for 33 years. The couple attended Grace Church in Tulsa, Oklahoma for over 30 years and Charles faithfully served each Sunday with Grace Children's Church. After serving pre-kindergarten classes each Sunday, Charles managed and operated the full-sized Children's Church carousel and became known by the children he served as "Mr. Carousel." He also volunteered at Grace Christian School cafeteria five days each week encouraging the kids to eat the lunches prepared for them by their parents. Charles also stayed to clean up the cafeteria each day after the kids returned to their classrooms. Charles was very active and enjoyed playing golf, bowling and just being active. He especially enjoyed yard work. Charles was the Treasurer for his neighborhood Homeowners Association for many years. His responsibilities with the Homeowners Association kept him busy keeping everything in order. Charles was also a member of the Tulsa Men's Club, which provided social activities to their members including their wives and friends. Charles especially enjoyed the dinners and formal dances hosted by the club. Charles was preceded in death by his parents. He is survived by his wife, Mary Jo; his son, Stephen Klabzuba; stepsons Michael Kropp and Christopher Kropp; his grandchildren, Kristie Sue Kropp, Jackson Klabzuba, Sophia Klabzuba and Matthew Kropp and his wife Kacie. A memorial service will be held December 10 at 2:00 p.m. at the Ninde Brookside Chapel, 3841 South Peoria, Tulsa, Oklahoma. Ninde Brookside, 918-742-5556, www.ninde.com
Print
Friday
10
December