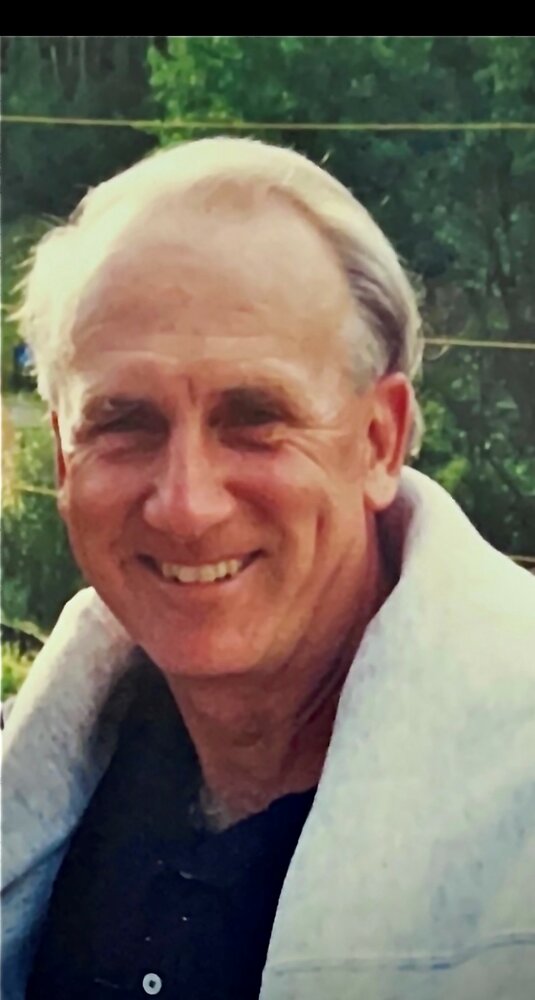 Please share a memory of Benjamin to include in a keepsake book for family and friends.
View Tribute Book
Benjamin Paul Abney, 76, passed away on December 9, 2021 in Tulsa, Oklahoma. Ben was born June 5, 1945 to Ray and Avolyn Abney in Columbia, South Carolina. He grew up in Tulsa, Ok, attending McClain and Rogers High School class of ’62. After high school, Ben attended the University of Tulsa on a tennis scholarship where he earned his business degree and juris doctorate. His passion for tennis led him to work as a tennis pro at Southern Hills Country Club and Tulsa Tennis Club in his last few years of college. It was also during this time he met his wife, Patricia Thompson, and they married November 26, 1969. He and Pat have two daughters, Amanda Mudd and Carrie Zenthoefer. Ben was thrilled to welcome their spouses Brandon Mudd and David Zenthoefer into the family as well as his grandchildren Julia and Benjamin Mudd. After law school, Ben served in the National Guard and as a public defender in Tulsa. Soon after, in 1972, he along with three of his law school classmates, formed what is now known as Riggs Abney law firm where he practiced for 23 years. Ben loved helping people and he truly cared about his clients, many of whom became lifelong friends. In 1995, ready for a change of pace, Ben decided to join his friend Mike Case at Case & Associates as general counsel. In addition to practicing law, Ben also served on the Tulsa Chamber of Commerce Board of Directors and as the chair of the Tulsa Sports Commission, but he was most proud of creating the Benjamin P. Abney Scholarship in Law Endowment Fund. In 2016, Ben was inducted into the TU College of Law Alumni Hall of Fame and also received the University of Tulsa’s Distinguished Alumnus Award in 2018. Ben went by many names including Dad, Papa, and Benny. He loved spending time with his family and taking golf trips with his friends. He was as loyal and hardworking as they come. He is survived by his wife of 52 years, daughters, and their spouses; grandchildren; inlaws, James and Linda Thompson; brother, Michael Abney; brother, Paul Abney and his wife Vicky; nieces Lisa Thompson, Shaurice Abney, Brooke Totah and her husband Danny, Alyson Bell and her husband Jason. In lieu of flowers, the family requests donations be made in Ben’s honor to The Benjamin P. Abney Scholarship in Law Endowment Fund at the University of Tulsa College of Law. To give online please use utulsa.edu/support. Select “other” in the giving section and type the name of the scholarship. Checks can be mailed to: University of Tulsa Attn: Director of Development, TU College of Law 800 South Tucker Drive Tulsa, OK