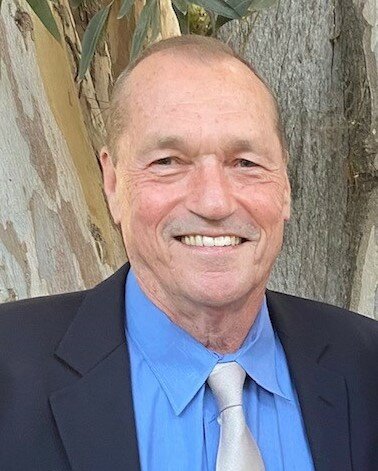 Please share a memory of Thomas to include in a keepsake book for family and friends.
View Tribute Book
“Let us be grateful to people who make us happy; they are the charming gardeners who make our souls blossom.” (Marcel Proust, French Novelist). In Thomas (Tom) Earle Revere, he was our gardener. In him, we experienced the indescribable mystery and extraordinary beauty of the human heart. Following a stroke in August, Tom passed away on Sunday, December 12, 2021, leaving us heartbroken and devastated, but also leaving us with a lifetime of cherished memories of a good man who lived an honorable and selfless life. Tom was born in Portsmouth, Virginia on April 17, 1951. Near the Atlantic’s beaches, Tom’s love of everything water related evolved there into a lifelong love affair. His biggest passion was surf casting off the coast of Virginia and North Carolina. After graduating from high school in Portsmouth, Tom continued his formal education in Information Technology as the computer world was exploding into its next phase. He was in the right place at the right time. Tom began his career in Atlanta, Georgia and then journeyed to Tulsa in 1974 to work for Williams Information Services. He went on to hold several positions and owned his own company until an opportunity arose with Paragon Films, Inc. in Broken Arrow. He culminated a successful career there as Vice President, Information Services, retiring in 2013. But it isn’t his distinguished work life we want to celebrate today. But rather to put front and center the wonderful traits Tom shared with us as a husband, a father, a grandfather, and a dear, dear friend to so many. After being together for five years, Tom married the love of his life, Kathy (May) Revere on February 14, 1981.Valentine’s Day. Of course. That was Tom. The two of them shared an unwavering companionship and love for over 40 years. They were each other’s best friends. If you know Tom Revere, you also know you don’t just like him. You love him. He had that effect on people. He was always ready with a smile when entering a room, and we’d challenge anyone to find someone with a more gregarious laugh. A laugh that was like the perfect punchline to the funniest joke you’ve ever heard. Tom was everyman, and one heck of a man. He was a giver, not a taker. And oh so generous. He was funny and kind. Loyal and sweet. He was a man of honor. And your biggest cheerleader, whether you won or lost, he was always there to support you. Always. You quite simply were blessed if he happened to be in your orbit. Tom was preceded in death by his mother and father, Earle Revere and Ruth Cotton. He is survived by his adoring and devoted wife, Kathy, son, Kyle Revere (Tulsa), and daughter, Michelle Revere Sebastian (Franklin, Tennessee). Tom cherished his grandchildren, and they thoroughly reveled playing with their “Grandaddy” and “PaPa”. They are Thomas and Anne Revere (Tulsa), and Nicholas and Ava Sebastian (Franklin, TN). Also grieving his loss are his sisters, Carol Ann Keene (Millis, MA) and Ruth Lee Wimbrough (Portsmouth, VA); sisters-in-law Karen Nielsen, Cathy May, Karol May, and brother-in-law John Nielsen. Tom is also survived by many nieces and nephews. It was Tom’s wish not to have a memorial service. He would want you to remember him by the shared memories you have of him at work, at play, at home, or on the lake. And he would hope those memories make you smile or laugh. You never forget someone you love, someone like Tom. We will honor his final request and take him back to his “happy place”, the beaches of Cape Hatteras and Nags Head, North Carolina, and let him make that final cast. You will forever be in our hearts. Godspeed, Tom. Until we meet again. If you would like to make a donation in Tom’s honor please consider The American Stroke Association or Animal Aid of Tulsa. Ninde Funeral & Cremation (918) 742-5556

Look inside to read what others have shared
Family and friends are coming together online to create a special keepsake. Every memory left on the online obituary will be automatically included in this book.
View Tribute Book
Share Your Memory of
Thomas
Upload Your Memory View All Memories
Be the first to upload a memory!
Share A Memory
Plant a Tree