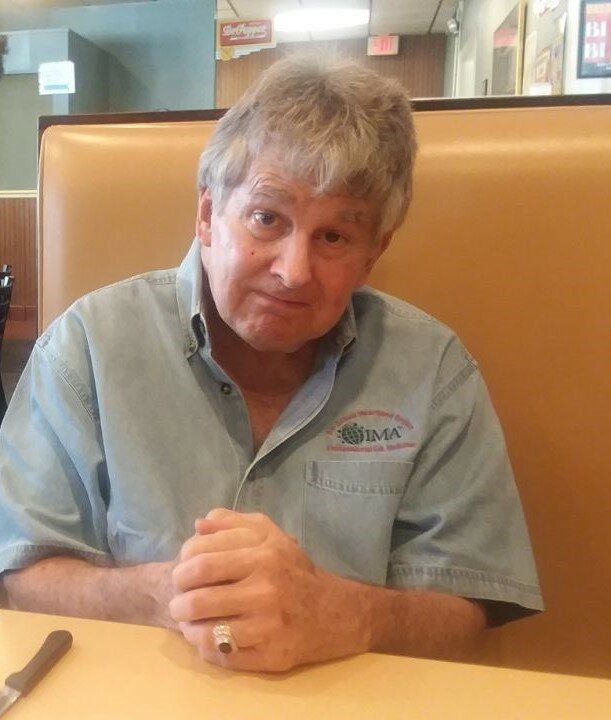 Please share a memory of Robin to include in a keepsake book for family and friends.
View Tribute Book
A little Robin was born in Bartlesville, Oklahoma on a Monday, well into the beginning of his first spring. And, little did his mother know when it comes to love, he would become most compatible with a person born in the month of November. The best-selling song on April 02, 1951 was "If" by Perry Como. The beginning of his long, enduring love for music from early pop music to classical music. His discovery of YouTube became one of two of his greatest Passions! He was the reigning champion of 1960s, 1970s musical trivia! His second passion with the Love of All Sports especially if a ball was necessary for the run, the touchdown, a hole-in-one, break point, 12 strikes in a row, etc, etc. And we must not forget his favorite game in his early 30s that did not require a ball nor a referee, nor a judge - SHUFFLE BOARD! He also managed to visit every major football stadium and baseball field in this land we call America. Yearly, a new pilgrimage was eagerly made to Kansas City and St Louis and even Oak Lawn he took great Delight. But, his one true love was within the orange power of his beloved OSU - never fading, diminishing, nor waning. If OSU was winning with great margins, we saw the final clock! If OSU was losing with a great distance between the scores, we saw the final clock! He always seemed to Relish in the finding of his car so easily after the game. Never forgetting his loyalty to OSU, he made the transition to the University of Arkansas to pursue a master's and a doctoral in accounting with a mind as quick and accurate as any calculator. He also found his November in this mountain town we call Fayetteville. The month of April and the month of November soon became as one bright story, an adventure being born, lasting 43 years with many valleys, peaks, triumphs, disappointments, such is the foundation of life. Hawaii replaces the former, summer sleepy mountain town and Susie and Andre become the French landlords who came to these islands 25 years earlier, leaving their French Vineyards behind just as we left our Baptist hymnals at the doors that so rejected our singing, "This is my story, This is my song, Praising My Savior all the day long!" Washington D.C. becomes another Highway filled with the gardens of a hopeful democracy, a statue of Lincoln, a building of decided laws, a Congress being the first in the world, and a looming Marble Tower reminding us of the Dedication to Country. A plane bearing the name "American" brings Robin to his final path, his final career - Blue Cross, Blue Shield. A company that was very good to him and every August he would enjoy his cousin's cabin in our Winter Park - loving to discover new hiking trails while never admitting to being lost! Robin's life came to an end just as our Saviour's life was to begin - Creating a Gift of Salvation, Forgiveness, and Eternal Life! Once again Robin now proudly sings without regret nor shame his favorite song - Blessed Assurance. And, I know within his singing he would say, as I have heard him say many times! . . . "Thank you!" "Thank you for coming today!"
Print
Wednesday
29
December