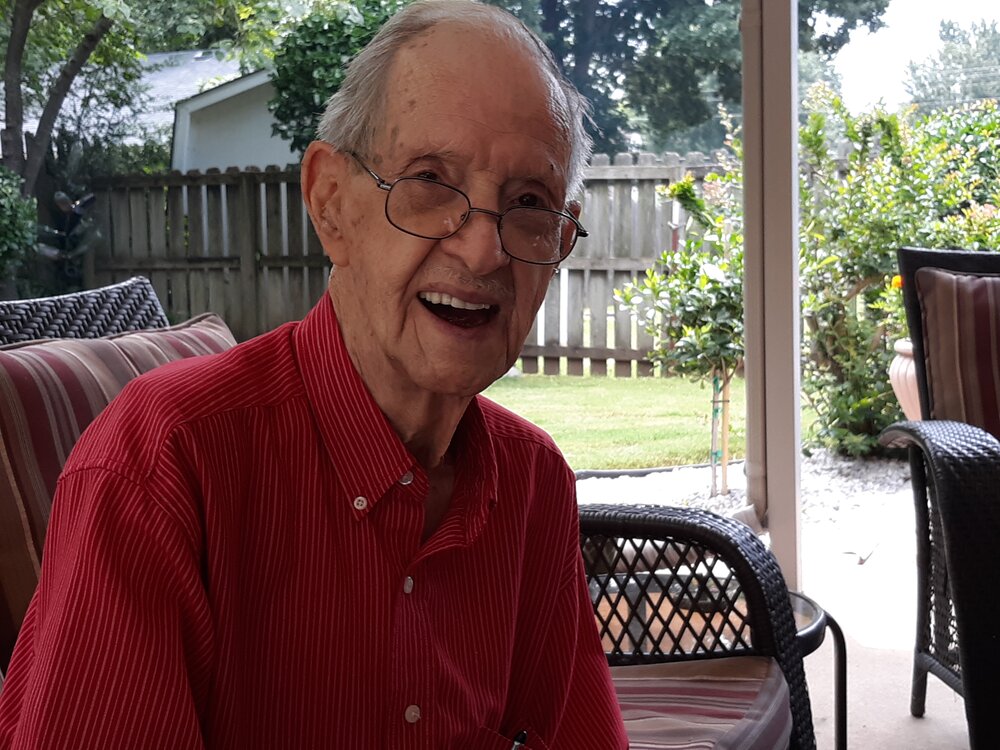 Please share a memory of Russell to include in a keepsake book for family and friends.
View Tribute Book
Russell Oliver Jones, Jr., was born on May 15, 1926 in Eufaula, OK to Russell Oliver Jones, Sr. and Ina (Wilson) Jones. Russell passed from this life on Tuesday, January 4, 2022 at the age of 95. Russell served in the Army Air Corps during WWII. He was nineteen when Japan surrendered on September 2, 1945 and honorably discharged in October, 1945. Later he went to work for American Airlines and retired twenty plus years later. He was preceded in death by his parents; a brother Malcome Jones and a son, Gary Jones. He is survived by his daughter, Janie Jones Gonzalez of Broken Arrow, OK and a son, Larry Russell Jones of Bonham, TX; a brother, Kenneth Jones, of Chouteau, OK and a sister, Eleanor Horen of Sun City West, AZ and 4 grandchildren and 7 great-grandchildren and nieces and nephews in the Sperry/Skiatook area.
Print
Tuesday
11
January