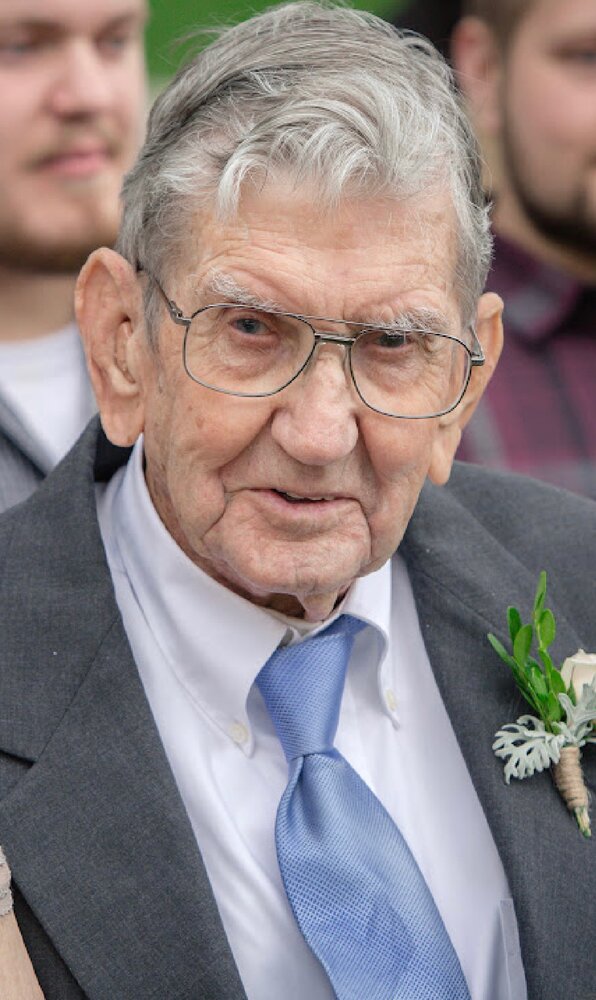 Please share a memory of J. D. to include in a keepsake book for family and friends.
View Tribute Book
J. D. Thompson was born on February 29, 1920 in Bowie, TX to Joe and Mattie (Rice) Thompson. J.D. passed from this life on Tuesday, January 11, 2022 in Grand Prairie, TX at the age of 101. J.D. served honorably in the U.S. Army as a Sergeant in WWII, completing his service on September 17, 1945. He later owned and operated Thompson Service Company, specializing in heat & air. He love to volunteer doing horticulture work at the State Fair. JD was an avid sports fan. He loved to bowl, play dominoes and talk about his Rangers and Cowboys. Dominoes had to be played by “the rules”. He had been known not to go back to the senior center for a few days, if they did not play by the rules. He was preceded in death by his parents and his wife, Annette (Bucher) Thompson. He is survived by a step-daughter, Beverly Williams of Owasso, OK; his best friend, Alma McCord; 3 grandchildren: Marvin Williams, Jr., Angela Marie Williams and Paul Sherrod; 2 great grandchildren: Reagann and Deacon Williams and a host of family and friends. Funeral service 1:00 P.M. Saturday, January 22, 2022 at the Ninde Brookside Chapel. Interment Floral Haven Memorial Gardens, Broken Arrow, OK.
Saturday
22
January

Look inside to read what others have shared
Family and friends are coming together online to create a special keepsake. Every memory left on the online obituary will be automatically included in this book.
View Tribute Book
Share Your Memory of
J. D.
Upload Your Memory View All Memories
Be the first to upload a memory!
Share A Memory
Plant a Tree