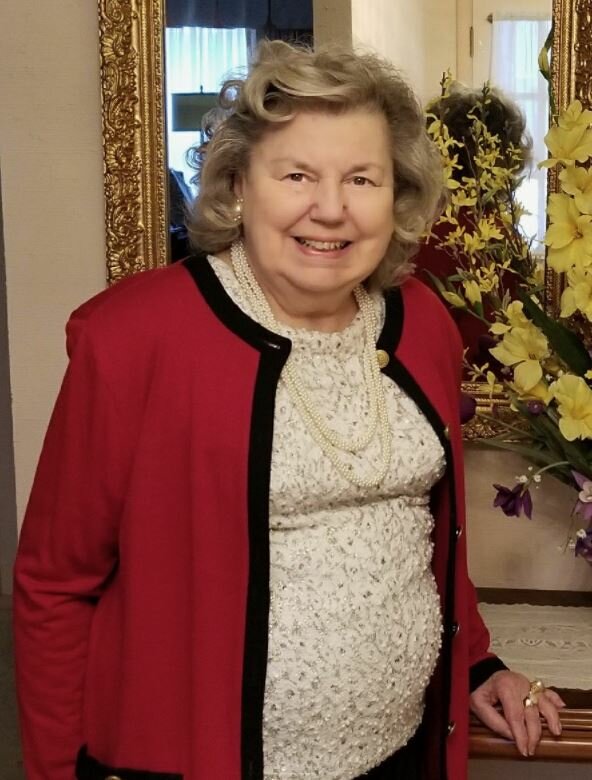 Please share a memory of Ruth to include in a keepsake book for family and friends.
View Tribute Book
Ruth G. Manley (1931–2022) passed peacefully on Tuesday, Jan 25 in Dallas. She had been a resident of Tulsa for many decades before her move to Dallas in 2018. Ruth was fundamentally a teacher: Though she never acquired a formal teaching degree, she loved sharing knowledge she had been eager to learn. She served as a docent at Philbrook Museum for more than 30 years getting children excited about art. She was a Cub Scout den mother and Scout leader. She taught an introductory etiquette class to grade schoolers at the local community center. She was a Great Decisions discussion group leader at Patrick Henry Elementary and later at Edison High School. And for many years she taught the basics of the Bible to children in her Sunday School class. She was a life-long Christian Scientist and an active member of Sixth Church of Christ, Scientist, Tulsa, and of the Mother Church, The First Church of Christ, Scientist in Boston. Studying her Bible and the weekly lesson sermon was a daily activity. She loved taking classes and hearing lectures each year during Summer Session at Principia College in Elsah, Ill. Ruth rarely said "no" to a volunteer opportunity, ushering for T.C.C. productions, Tulsa Little Theatre, Light Opera Oklahoma, Signature Symphony and her church. She helped organize for the Women's Show, for the annual city-wide food drive, and she served in her church's Reading Room and on its Board. Hers was a life of generous service to others. Ruth also loved to travel and explore the world. One of her jobs before marriage and children was traveling the country and directing talent shows for Empire Producing Co. of Kansas City, Mo. Later she took her kids to Baltimore and Washington, D.C., for the nation's Bicentennial, to Florida and Disney World but also to many of the country's National Parks so they could experience the nation's beauty. She explored both western and eastern Europe, toured the Soviet Union and at age 83 decided she needed to travel around India -- so she did. Ruth Manley is survived by her two sons and their spouses, her three grandchildren, her stepdaughter and stepson and their spouses. A funeral service will be held at Memorial Park Cemetery's chapel at 2:00 p.m. Friday, Feb. 4. with a private interment to follow. Ninde Brookside, 918-742-5556, www.ninde.com
Print
Friday
4
February