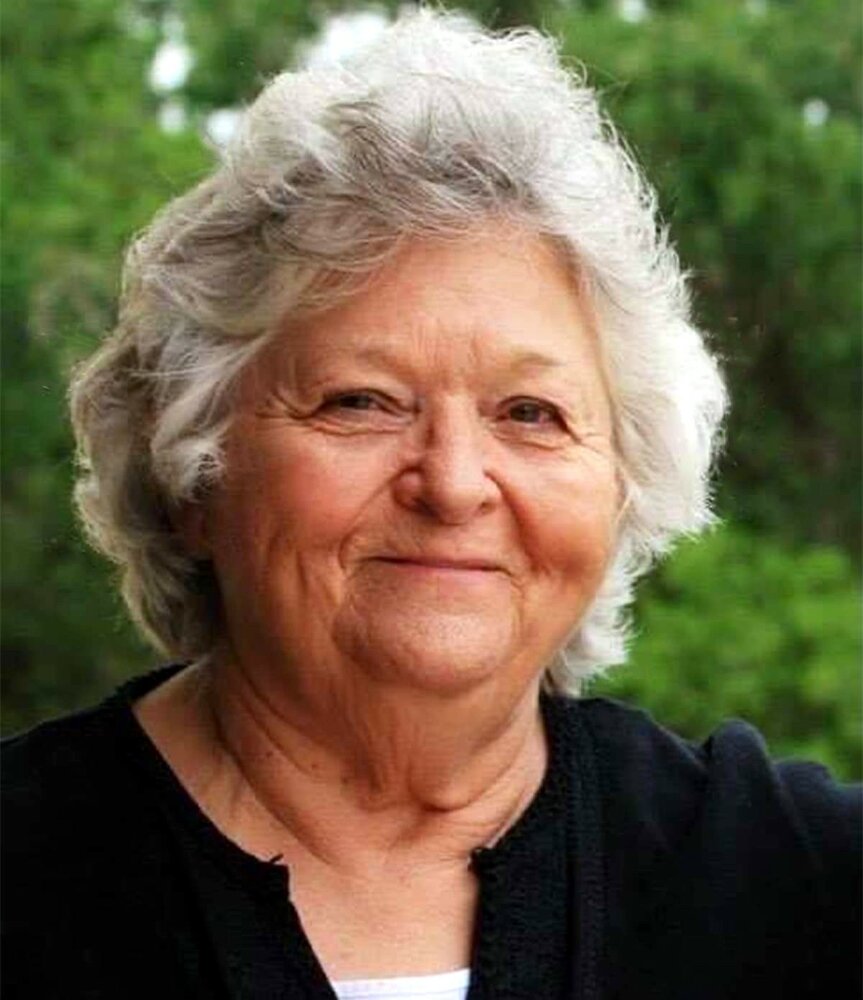 Please share a memory of Peggy to include in a keepsake book for family and friends.
View Tribute Book
Peggy Jean (Holleman) Hutton passed peacefully from this life January 29, 2022 at the age of 79, surrounded by her loving family. Peggy was born on July 21, 1942 in San Antonio, TX to John and Madeline (Bennett) Holleman. Peggy was a fiercely independent person, her life and the way she lived it was strong. As a fearless single mother, she moved from Texas to Oklahoma in 1978 and was employed by C E Natco in Tulsa, Oklahoma for 10 years as an engineering assistant. She returned to Texas in 1987 and worked for GTE, her position with GTE took her to Frankfurt, Germany and then Cape Cod, Massachusetts. Peggy returned to Texas in 1994 and retired as a Texas Court Clerk in Copperas Cove, TX. She returned to Tulsa after retiring, where she spent 18 years doing what she loved most, spending time with her grandchildren and great grandchildren. Peggy fought for her independence and her love for life until the end. Even after being diagnosed with cancer in 2021 she insisted on doing most things on her own and never complained or had self-pity. Even on the most trying days during her months of treatment she made it a point to get up, get dressed and enjoy each day. She will be remembered for her resilience and to have the ability to always persevere through difficult times with her amazing sense of humor and kind smile intact. Many people say they never felt uncomfortable being with Peggy, and made all that met her, feel like their thoughts and feelings were important to her, because they genuinely were. She was everyone’s best friend and she will be missed by all those that were lucky enough to know her. Peggy is known by all the most important titles available to anyone in this life. Daughter, Mother, Sister, Aunt, Granny, Great-Grandmother, Mother-in-law, and Friend. And, perhaps the most important thing about all those titles is that she is beloved by everyone who called her any of those. The prefix ‘Be’ in front of the word loved has the special meaning for Peggy that it implies. She is not merely loved, but ‘her being’ is loved. There is no one like Peggy. Everyone is uniquely who they are, but Peggy stands out as a kindred spirit to everyone who knows her. From childhood friend to most recent great grandbaby, she is a kindred spirit for all of us. Peggy was preceded in death by her parents, her sister, Teresa Byrne a brother, Edward Holleman, a grandson Jacob Hutton and one niece and nephew. She is survived by a daughter, Michelle (Michael) Reed of Bixby, OK; a son, William Hutton of Johnson City, TN; and siblings, Muriel (Robert) Persky, John (Dianne) Holleman, Jayne (Joe) Morrison and Steve Holleman; 4 grandchildren, 16 great-grandchildren and many nieces and nephews. Memorial service and celebration of her life will be held Tuesday, February 15, 2022 at 1:00 p.m. at Ninde Brookside Chapel.
Print
Tuesday
15
February