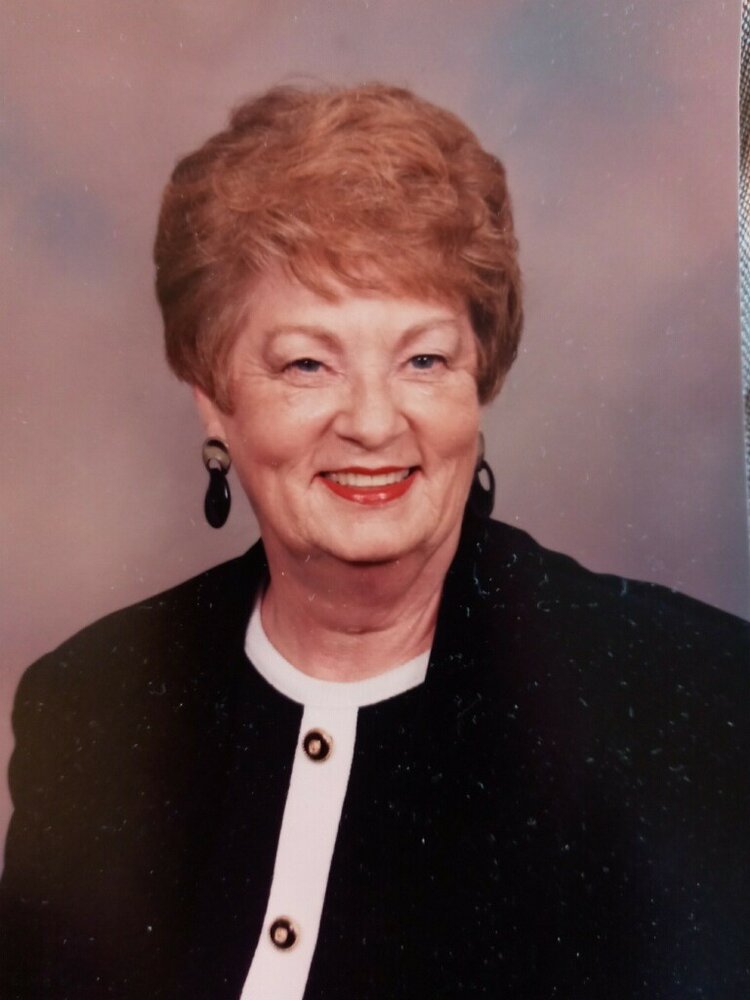 Please share a memory of Cecille to include in a keepsake book for family and friends.
View Tribute Book
Cecille Lorraine Griffith Bales, wife, mother, civic leader, award winning advertising executive, mother, grandmother, great-grandmother, great and good friend, and a one-woman force field, was born on October 30, 1926 in Kechi, Kansas, the youngest of six children of Walter and Ethel (Cardner) Griffith. During her 95 year arc of life she matriculated from riding her horse to a one room country schoolhouse to an iPhone and home computer, from which she emailed family and friends daily. She married Waldo Bales in 1945 and their very successful marriage lasted for 67 years until his death in 2012. Cecille began her working career as a secretary at Whitney Advertising agency to help support the family while Waldo attended law school. That was the beginning of a meteoric and hugely successful advertising career, ending at Ackerman & McQueen where she was a Vice President\Account Executive in charge of a very impressive client list that included Sipes Food Stores, Sooner Federal, and Public Service Company of Oklahoma. She received many honors in advertising-Outstanding Advertising Executive by the Tulsa Advertising Federation, Newsmaker of the Year from Tulsa Women in Communication, Sterling Service Award from the American Advertising Federation and the “Sadie” award for lifetime achievement by the Women In Communication to name just a few of many. She was one of the first and premier female business executives in Tulsa during the 60’s, 70’s and 80’s. She also served as Chair of the Parks and Recreation Department Board of the City of Tulsa. In recognition of her service as Chair of the Park Board, a park was named after her in southwest Tulsa. She was also the Chair of and Board Member of Gilcrease Museum, numerous other civic organizations and a frequent speaker at the University of Tulsa and TCC on the subjects of advertising and women in business. Shortly after “retiring” to live at Grand Lake, she became the Executive Director of the Grand Lake Association and while there started the Pelican Festival which will celebrate its 39th anniversary this October. While at Grand Lake Association she received numerous awards for her work in promoting tourism both for Grand Lake and Oklahoma. After finally retiring she engaged in numerous community projects, including Chair of the Delaware County Courthouse Renovation Trust and Chair of the South Grand Lake Christian Church. She and Waldo traveled far and wide and enjoyed their children and grandchildren often spending time with them at their home on Grand Lake. She was predeceased by her husband Waldo and her five brothers and sisters. Cecille is survived by her daughter and son-in-law, Sally and Steve Strong and son, Vaden Bales; 6 grandchildren, Kyle Strong (Claire), Kevin Bales, Matthew Bales (Frances), Andrew Bales, Tyne Vance Berlanga (Hector), Heather Vance Devers (Jeff) and 7 great grandchildren, Joy Berlanga, Cruz Berlanga, Betty Devers, Jude Devers, Sullivan Bales, Sofia Renwick and Eva Renwick. Graveside service 2:00 P.M. Wednesday, April 6th at Floral Haven Memorial Gardens. In lieu of flowers donations may be made to Park Friends, Inc., 2315 Charles Page Blvd, Tulsa, OK 74127 or your favorite charity.
Print
Wednesday
6
April