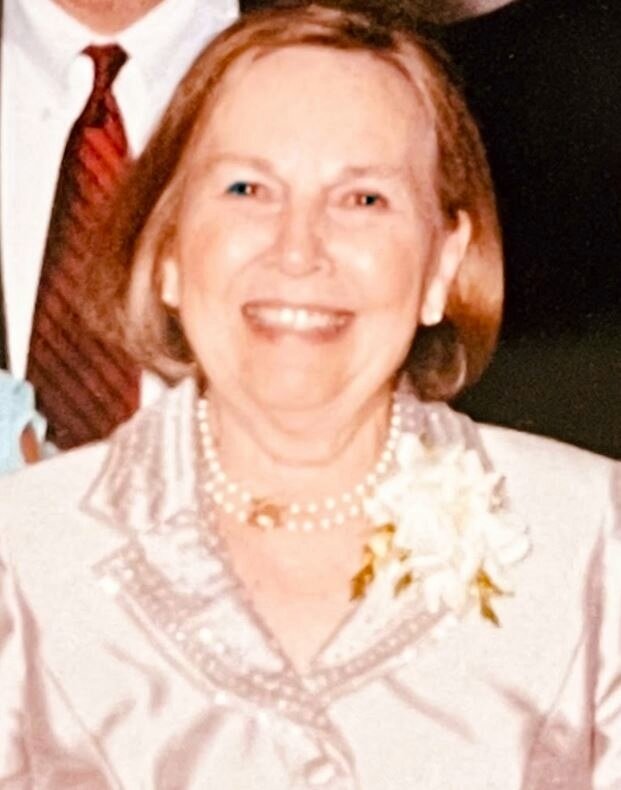 Please share a memory of Frances to include in a keepsake book for family and friends.
View Tribute Book
Frances Wanda “Wandy” Day Fitzpatrick passed away on Monday March 28, 2022, at her home in Tulsa, OK. Born on September 14, 1924, in Purdy, MO, she was 97 years old. Wandy and her husband John, married in California December 14, 1944, raised their four children in Tulsa, OK and were members of the Presbyterian faith. She was an early member of the Tulsa Garden Club, served for a time as a docent at Philbrook Museum, and was an avid collector of antiques. She shared her knowledge working with Charles Faudree at his store, and at the Antique Warehouse with Dale Gillman. She took great pride in her family and loved nothing more than large family gatherings that filled the house. She was preceded in death by her husband, John Raymond Fitzpatrick, and is survived by sons John Douglas Fitzpatrick and wife Robbie, Charles Wheatley Fitzpatrick, John Raymond Fitzpatrick II and wife Luanne, and daughter Mary Kathleen Fitzpatrick. In addition to her children, she was the proud grandmother of Shannon Kathleen Fitzpatrick, Michael Sean Fitzpatrick, Erin Fitzpatrick Baumgarten, Christopher Scott Fitzpatrick, Mary Kathleen “Kate” Fitzpatrick, Charles Wheatley “Casey” Fitzpatrick, Kelli Fitzpatrick Johnson, and Ashlee Fitzpatrick Glover, as well as great grandchildren Emma Elizabeth Baumgarten, Anne Margaret Baumgarten, Fiona Rose Fitzpatrick, Appollonia “Polly” Jane Fitzpatrick, Ellison James Fitzpatrick, Billie Susan Fitzpatrick, Calvin Michael Bailey, Samuel Charles Bailey, and Lilianne Raye Johnson. Services will be held on Tuesday April 12, 2022, at 2:00 pm in the chapel at First Presbyterian Church of Tulsa. Ninde Brookside, 918-742-5556, www.ninde.com
Tuesday
12
April