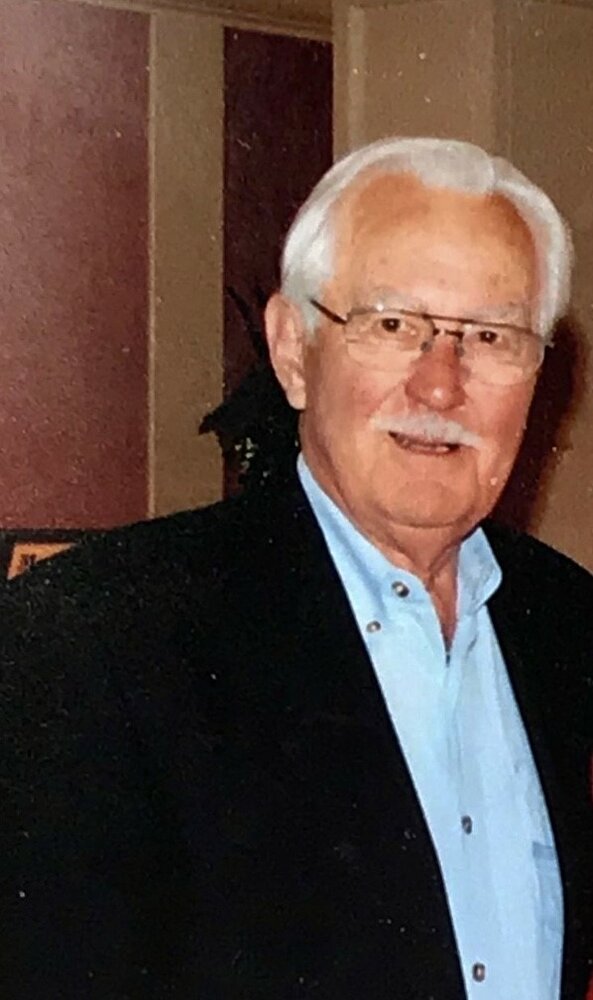 Please share a memory of Robert to include in a keepsake book for family and friends.
View Tribute Book
Robert (Bob) C. Cooley, 93, an amazing Christian man passed away at Montereau Retirement Community on April 9, 2022 in Tulsa, OK He was born on May 14, 1928 in Independence, KS to William Glenn and Edna Mae (Dillman) Cooley. Bob and his wife, Barbara, met on June 9, 1945 in Independence, KS at ages 17 and 15, respectfully. Bob served in the U.S. Marine Corp from 1946 – 1948. Upon returning to Independence, KS, he attended a junior college for two years using his GI bill. Bob and Barbara dated on and off for four years and then eloped to Bentonville, AR and were married on March 16, 1949. They then moved to Tulsa where Bob attended the University of Tulsa and graduated with an Engineering degree. Bob’s career was always in the gas, pipeline business. They had two children, Pam and Robert “Chip”. The family moved to Tripoli, Libya and Beirut, Lebanon from 1961-1964 for Bob’s pipeline work throughout the Middle East, Pakistan, Italy, Australia and South America. They returned from overseas and in 1965, Bob and five other men started their own gas and pipeline company, Distribution Construction Company. He served as treasurer, and later president, for the company. He was active for many years in the Distribution Contractors Association and was elected president in 1987. Bob and Barbara were members of First United Methodist Church in Tulsa since 1978 and were members of the “Joyners” and “Builders” Sunday school classes. He was passionate about his role of overseeing the construction of the Youth Family Center building for the church. Bob was a volunteer at St. Francis Hospital for 12 years and earned his 5,000-hour pin before resigning at the age of 90. He was a 32nd Degree Mason. Bob and Barbara were avid OU fans, holding season tickets for over 50 years. He was a loving and generous husband, father, grandfather, and great-grandfather and we will miss him and his amazing stories! He was preceded in death by his wife of 70 years, Barbara; his son, Robert C. “Chip” Cooley II; his parents, Glenn and Edna Cooley; his brother, James Cooley. Bob is survived by his daughter, Pam Hooten (Bill) of El Paso, TX; 4 grandchildren, Ryan Kile (Candice) of Forney, TX, Jason Kile (Karley) of Lucas, TX, Clay Hooten (Amber) of McKinney, TX, and Cari Barclay (Marshall) of El Paso, TX and 13 great-grandchildren; youngest brother Donald Cooley (Beverly); sister-in-law, Margie Cooley, and numerous nieces and nephews. Funeral service 10:00 a.m. Tuesday, April 19th at First United Methodist Church followed by interment in Mt. Hope Cemetery Independence, KS. In lieu of flowers donations may be given to the charity of your choice or the First United Methodist Church Memorial Fund, 1115 S. Boulder, Tulsa, OK 74119.
Print
Tuesday
19
April