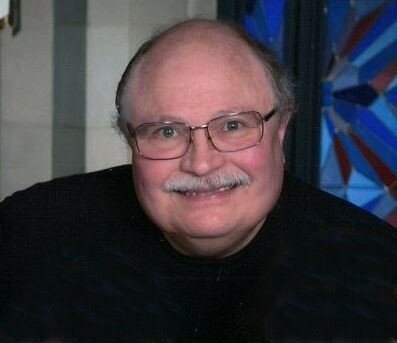 Please share a memory of Paul to include in a keepsake book for family and friends.
View Tribute Book
Paul David Giessen was born on Ground Hog’s Day, February 2, 1952, in Pine Bluff Arkansas; he recently turned seventy on 02-02-2022. He died on April 26th, 2022 from surgery complications from a recent cancer diagnosis. Because his father was a United Methodist minister, Paul was a “PK” (“preacher’s kid”) and he moved several times in childhood; attending five different schools in Louisiana. In 1970, he graduated with honors from LaGrange Senior High School in Lake Charles. Paul earned a Bachelor of Arts in Religion and Sociology from Centenary College in Shreveport, LA in 1974, and in 1976 a Master of Science in Student Personnel and Guidance from Oklahoma State University in Stillwater, OK. A career in University Housing and Dining Administration took him to several universities, including over 25 years at the University of Tulsa. He was active in SWACUHO (Southwest Association of College & University Housing Officers) and served on many committees. He enjoyed working as a Measure Tech for Home Depot in recent years. Paul stayed close to his United Methodist roots traveling to Belize, Alaska, and South Africa for mission trips; serving those local community's building and Reconciliation needs. He volunteered in many ways for the Boston Avenue Church, including the sound crew helping broadcast worship services, driving buses, and teaching computer skills to formerly incarcerated individuals through a prison outreach ministry. Paul even volunteered to be a middle school church camp counselor after his own kids had grown up. In recent years he was recruited to perform the role of one of the three wise men in the Christmas Eve service nativity tableau. Paul was an avid traveler, journeying around the world while working as a counselor for “Semester at Sea”, a shipboard university along with other travels. He was proud to have visited all the 50 states of the USA and enjoyed taking his family to new places. His home was opened to almost 25 exchange students through the years from all over the world. Paul's love of companion animals ran deep; he worked for their welfare by helping local non-profit rescues in various ways. He loved to foster pets in his home for Oklahoma Westie Rescue, T-town Trap-Neuter-Return, and Prairie Pet Coalition. He even dressed up as Santa for a fundraiser. His family will always remember that he was an excellent bowler and could easily fix things around the house. Paul was a Cub Scout leader and loved going camping and fishing. He was an excellent cook, especially of pizza, tabouli, breads, and margaritas. His yawns were very musical and he was the best chauffeur a kid could ask for growing up. He would sing silly songs to the animals and the songs would get stuck in your head for the rest of the day. Paul’s siblings relate that he was adventurous and liked trying new things. From a young age, he was always curious, once taking apart a mechanical clock before putting it back together. As the youngest and a little fellow, Paul would do anything to keep up with his older siblings. He was able to hatch baby chickens with a homemade incubator and raise them to adulthood. In school, he played basketball and was a member of FFA (Future Farmers of America). Paul was an excellent photographer because he loved taking pictures of people, family, and the places he visited. He was an early adopter of technology, fluent in Apple Computers, and advised friends, family, and co-workers with their computer issues and purchases. Paul had many interesting friends from varied backgrounds with whom he kept in touch throughout the years, especially if they needed encouragement. Most of all he loved his family and supported them in every way. As a devoted husband and father of four children, he could be found cheering them on in their various hobbies and activities. Paul was loved and will be dearly missed by his family, friends, and furry companions. Survivors Include Wife (35 years in August) Ruth M Wilson Giessen Daughters Frances (and husband Mitchell Cox) Margo, and Mary Claire of Tulsa, and son Charles of Fort Collins, CO. Sister Helen Giessen Guenter of Monticello, AR Brother Charles Henry Giessen, Jr. of Overland Park, KS (and wife Cathy). Nieces Laura Burson of Manhattan Beach, CA; Alicia Burson Riding of Aliso Viejo, CA; Catherine Wilson of Astoria, NY; Marlene Giessen Avery of Overland Park, KS; and Rachel Giessen Heyduck of Waxahachie, TX. Nephew Thomas Wilson of Albuquerque, NM Great nieces and nephews include Natasha Riding, Devon & Hudson Fernandes, Eliza Heyduck & Liam Heyduck, Harris Avery, Clara Beth & Eleanor Wilson. The family would like to acknowledge the special help and care given during this difficult time by Cheryl Stark, Rae McMillan, Jennifer and “adopted granddaughter” Mel Solis, Reed McNamara and Christion Callahan. Memories, stories and photos of Paul can also be shared with his wife and children at paulgiessen@gmail.com Please consider making a donation of blood in Paul’s honor, or a financial donation to Prairie Pet Coalition https://prairiepetcoalition.com/donate Memorial service 3:00 p.m. Friday, June 17 at Boston Avenue United Methodist Church. Ninde Brookside, 918-742-5556, www.ninde.com
Friday
17
June

Look inside to read what others have shared
Family and friends are coming together online to create a special keepsake. Every memory left on the online obituary will be automatically included in this book.
View Tribute Book
Share Your Memory of
Paul
Upload Your Memory View All Memories
Be the first to upload a memory!
Share A Memory
Plant a Tree