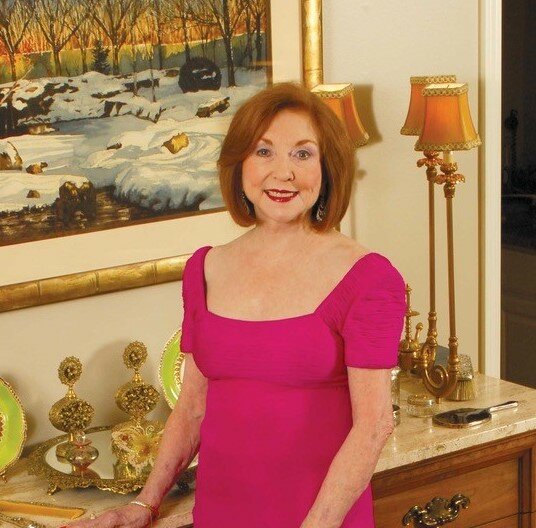 Please share a memory of Charlyn to include in a keepsake book for family and friends.
View Tribute Book
Charlyn Ann Hale, born September 29, 1935, in Tulsa, Oklahoma to the late Charles and Ida Beal, passed away of natural causes on April 30, 2022, in Loveland, Colorado. She was a loving daughter, friend, sister, wife, mother, and grandmother. Charlyn lived in Tulsa, until she relocated to Fort Collins, Colorado three years ago. She studied education at Oklahoma University, where she pledged Kappa Alpha Theta. An eighth-grade schoolteacher until 1961 when she married her husband, Dr. Jack Hale, Charlyn was a dedicated fundraiser for the Tulsa Medical Auxiliary and the Tulsa Opera and was also a loyal member of Trinity Episcopal Church. She was a kind and devoted caretaker to her children and elder family members. Among her many travels she especially enjoyed London, England, where she attended musicals and browsed antique markets with her husband and daughter. In her younger years, she played tennis and sparked the same interest in her children who are forever grateful. Opera, couture fashion, flower gardens, and interior design were among her varied interests. Charlyn was especially fond of entertaining family and friends in her home, and as a senior she discovered needle pointing, became a crafty bridge player, and watched countless historical documentaries. As a model in local fashion shows, with her red hair, blue eyes, and bright smile, Charlyn radiated grace and beauty. She was included in the December 2007 issue of Oklahoma Magazine in the People with Style section. A small group of friends were near and dear to her and knew her sensitive and private side. Though she wore fine jewelry and heels to the grocery store, her favorite time was at home with family lounging in her “housecoat” and gold slippers. Charlyn was preceded in death by her parents and sister, Barbara Beal White, and her husband of 58 years, Dr. Jack Edward Hale. She is survived by her son, Stephen Edward Hale of Tulsa, Oklahoma; daughter, Suzanne Elizabeth Hale (Jay Matthew Ham) of Fort Collins, Colorado; and grandchildren, Clara Jacklyn Ham, Jack Roscoe Ham, and Johnson Edward Hale. Special thanks are extended to the staff and palliative care team at the Medical Center of the Rockies, Loveland, Colorado, for providing exemplary nursing and emotional care for Charlyn and her family during her transition. A Funeral Service will be held at 2 pm on Thursday, May 12, 2022, at the Memorial Park Cemetery Chapel, 5111 S. Memorial Drive, Tulsa, OK 74145. Included in the service will be a tribute honoring Charlyn’s late husband, Dr. Jack Hale.
Print
Thursday
12
May