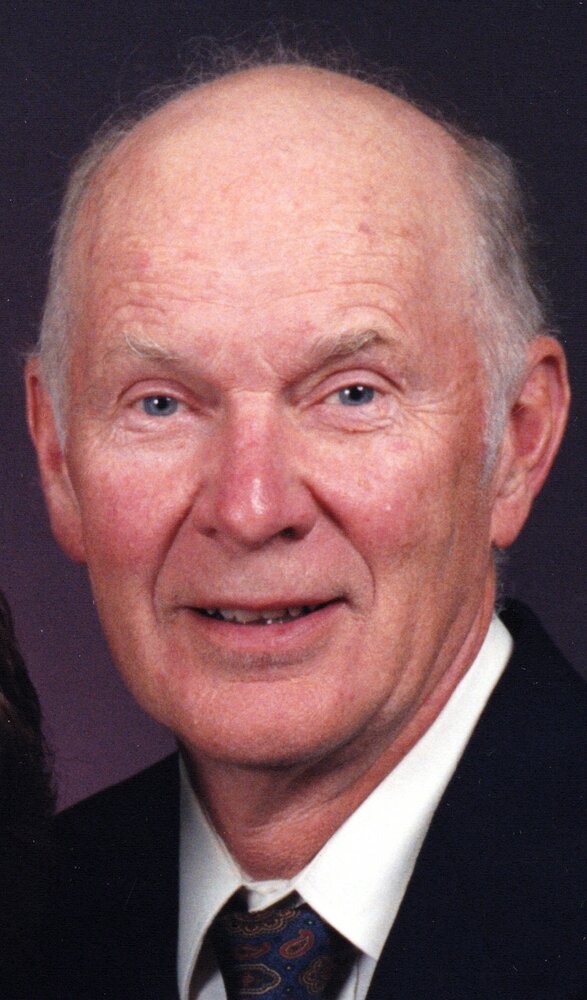 Please share a memory of Gerald to include in a keepsake book for family and friends.
View Tribute Book
Gerald Leonard O’Brien, 89, passed peacefully in his sleep on May 2nd 2022. Son of Harold and Irene (Rush) O’Brien, Jerry was born on December 29, 1932 in Chicago, IL, where he grew up developing a love for sports, and an appreciation of friends and family. He attended St. Mel’s High School and then served his country from 1955-1958 as a sergeant in the U.S. Army. Upon his return, Jerry started his employment at Santa Fe Railroad Company, where he worked for the next 37 years. He met his wife, Diane, in the Santa Fe building in downtown Chicago, where they had been “set up” by colleagues. Their plan worked, and the next 63 years of marriage produced a home of love, where faith and friendships were nourished. He became an example of integrity, patience, fun, … and frugality, to each of his five children, 13 grandchildren, and three great-grandchildren. Jerry was a natural athlete, loving all sports, but excelling in softball, basketball, and tennis. As a well-respected softball player in Chicago’s elite Grant Park league, he earned the nickname Gator, to reflect his calm demeanor while recognizing his tenacious athletic ability. After moving the family to Tulsa in 1971, he participated in many softball leagues, often recruited to be on Oklahoma’s top teams. Basketball, another love, gave him years of activity and brotherhood at the Thornton YMCA and eventually at Whiteside Park with the other ”old guys.” It was tennis, a sport that he taught himself in his forties and continued late into his life, that brought him the most joy, as he was able to play with many Tulsa friends, and with his own children. Most proud of his family and Catholic faith, Jerry leaves behind his loving wife, Diane (Marhoefer) O’Brien; his brother, Don; his children, Tim (Anne-Marie), Jim (Laura), Erin (Kevin Steichen), Patty (Dan O’Meilia), and Phil (Christine); along with many grandchildren and great-grandchildren. He was preceded in death by his parents; his sister, Mary Alyce; and his brother, Robert. A rosary will be held 7:30 p.m. Friday, May 13 and a funeral mass will be 10:00 a.m Saturday, May 14, both at Church of St. Mary. Please visit ninde.com and share a memory about Jerry. The funeral mass will be livestreamed beginning at 9:45 a.m. Please use the link below: https://wwwyoutube.com/c/ChurchofSaintMary/live The link will also be available after the funeral if you are not able to view the funeral live. We encourage and hope you will leave a comment on Jerry’s tribute wall. Jerry’s family would be grateful for any memories you have of this special man. Family suggests that, in lieu of flowers, donations be made in Jerry's memory to Catholic Charities Food Pantry, 2450 N. Harvard Ave, Tulsa, Ok 74115 or online at cceok.org/donate
Print
Friday
13
May