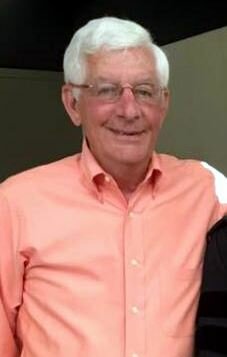 Please share a memory of Gary to include in a keepsake book for family and friends.
View Tribute Book
James Gary Nestle, born May 26, 1942 in Tulsa, OK to Eugene Cornelius and Marcella (Schulte) Nestle, passed from this life on June 24, 2022 at the age of 80. Upon graduating from high school, Gary continued his education at Oklahoma State University, earning a bachelor’s degree in Restaurant Management and Hospitality. He forged a stout devotion to the college with his children and grandchildren following in his footsteps. For many years, he attended tailgate parties and football games, happily driving from Tulsa to Stillwater. Anyone that knew Gary knew he bled orange! Go Pokes! In 1962, Gary met and married his high school sweetheart, Carolyn Elizabeth (Davey) Nestle, and their 60 year love story began. From college housing, to army barracks, to building a life together, Gary and Carolyn are an example of true love and devotion. Gary served in the United States Army rising in rank to 1st Lieutenant where he served with distinction and honor. Upon honorable discharge, Gary started his prestigious career with The Petroleum Club. He served as club manager for 40 years, making friends with staff and clients alike. Retiring in 2006, Gary became the self-appointed chairman of his neighborhood, Riverside South. He, of his own volition, would pick up litter, schedule weekly mowing, maintain berms, and lending his hand to any project that needed completion; becoming a staple to the entire neighborhood. At home, in his retirement, he kept a pristine lawn, pool and patio. Should a stray magnolia leaf find its way on his lush lawn, it would be picked up within minutes. He enjoyed family cook-outs where he served as grill master making his famous ribs, bologna, sausages, and steaks. Get-togethers were loud, fun, and raucous events much anticipated by anyone fortunate to be invited. He had an immensely competitive streak often manifesting in golfing, bridge playing, card games, and, of course, OSU football. He loved lively conversation, often provoking and instigating others in their unwitting roles. In short, anyone who knew Gary loved Gary and wanted to spend time with him. Gary is preceded in death by his parents and his brother, Gene Nestle. He is survived by his wife, Carolyn Nestle. He is further survived by his daughter and son- in-law, Jana & Dr. Todd Brookover; son and daughter- in-law, Greg & Lorna Nestle; his grandchildren, Dr. Austin & Elise Brookover, Chase Brookover, Spencer Brookover & fiancée Caroline Wagner, Mallory Brookover, Christopher and Faith Nestle; and his brother and sister-in-law, Roger & Winnie Nestle. A rosary will be held 6:30 p.m. Wednesday, June 29, at the Ninde Brookside Chapel. A memorial mass will be held 10:00 a.m. Thursday, June 30 at the Church of Saint Mary with a reception following. He will be laid to rest at Calvary Cemetery. Ninde Brookside, 918-742-5556, www.ninde.com
Wednesday
29
June

Look inside to read what others have shared
Family and friends are coming together online to create a special keepsake. Every memory left on the online obituary will be automatically included in this book.
View Tribute Book
Share Your Memory of
Gary
Upload Your Memory View All Memories
Be the first to upload a memory!
Share A Memory
Plant a Tree