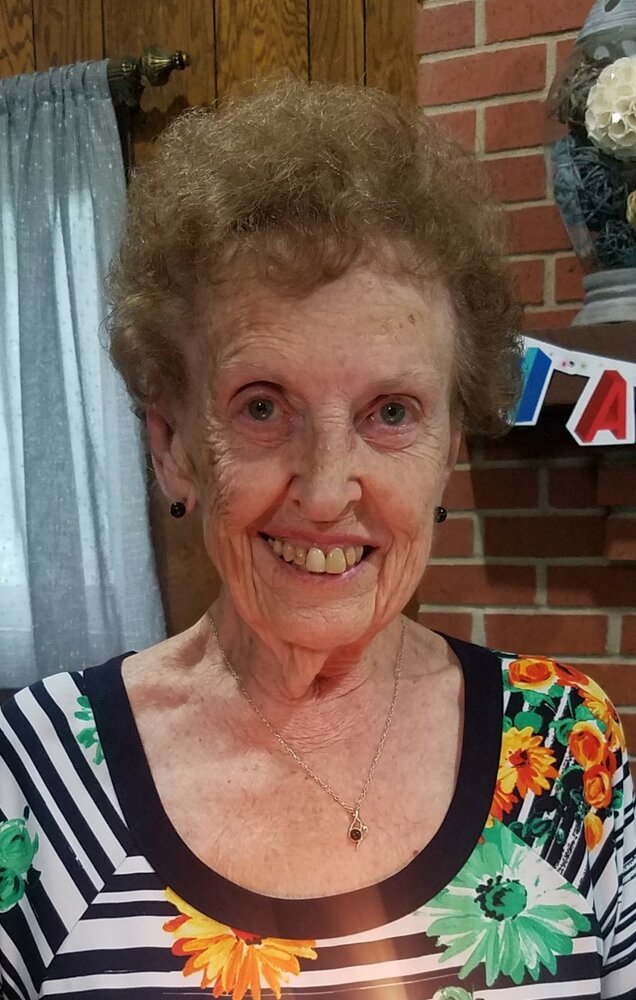 Please share a memory of Frankie to include in a keepsake book for family and friends.
View Tribute Book
Frankie Louise (Durham) Keith was born August 14, 1930 in Tulsa, OK to Ira Norman Durham and Geneva Annis (Summer) Jones and passed from this life on July 2, 2022 at the age of 91. Frankie was the domestic engineer for the family. She also was the attendance clerk at Horace Mann Jr. High School and was very involved with her children’s schooling as a home room mom, PTA president, cheerleader sponsor and Girl Scout leader. She was a graduate from Tulsa Central High School Class of 1948. Frankie was involved in many class reunions and actively wrote class letter for many years. Frankie and her late husband, Thomas, were involved in square dancing and round dancing. She was a member of TOPS Weight Club and she was a Sunday school teacher for first graders at Nogales Baptist Church. She was a very talented seamstress and created Kelly’s wedding dress and created four bunnies and made dresses out of her own wedding dress from 1949. Frankie was preceded in death by her parents; her husband of 56 years, Thomas Bennett Keith; her sister, Margaret Kathleen Haxton; and her brother, Robert Norman Durham. She is survived by her children and their spouses, David & Angela Keith, Nancy Miller, DeAnna & Dennis Fry and Kelly Matte; 8 grandchildren; and 12 great grandchildren. Frankie will lie in state from 10:00 a.m. to 8:00 p.m. Wednesday, July 6, with family receiving friends from 5-7 p.m. and her funeral will be held 10:00 a.m. Thursday, July 7, both at the Ninde Brookside Funeral Home and Chapel. She will be laid to rest following at Memorial Park Cemetery.
Wednesday
6
July

Look inside to read what others have shared
Family and friends are coming together online to create a special keepsake. Every memory left on the online obituary will be automatically included in this book.
View Tribute Book
Share Your Memory of
Frankie
Upload Your Memory View All Memories
Be the first to upload a memory!
Share A Memory
Plant a Tree