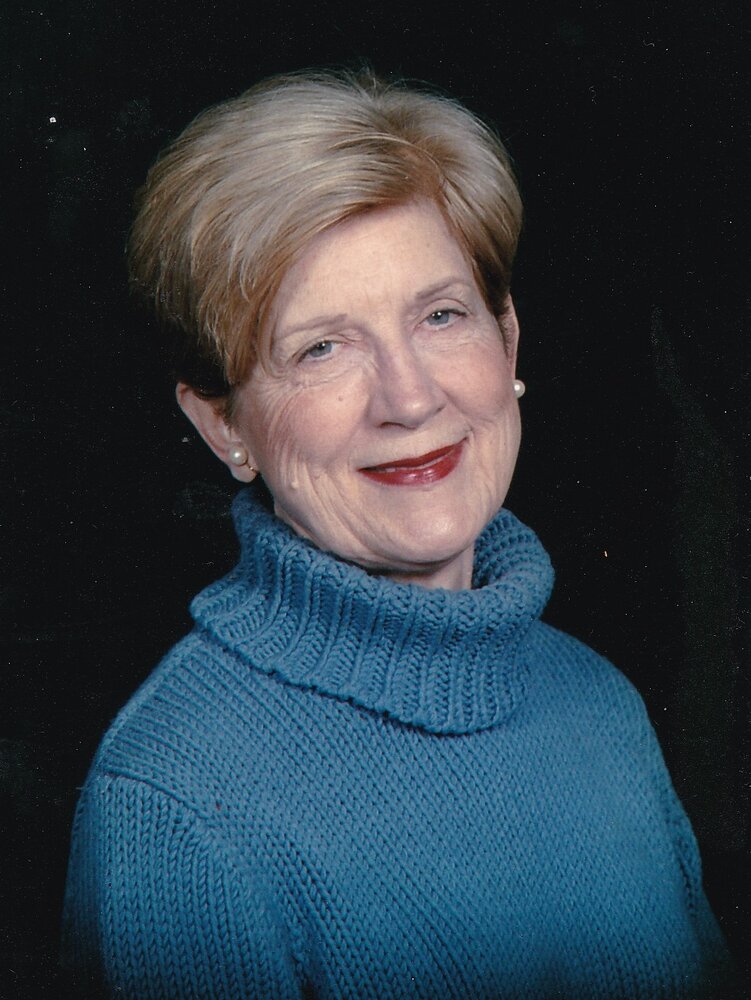 Please share a memory of Jacqueline to include in a keepsake book for family and friends.
View Tribute Book
Jacqueline “Jacque” Lonet Loman Frye passed away January 26, 2022, surrounded by her family, following a brief and sudden illness. She was 88. Jacque was born on January 11, 1934, in Dalhart, Texas. She received a bachelor’s degree in English Literature from Southern Methodist University and was a member of Sigma Tau Delta. Her passion for travel and foreign culture began in graduate school as an exchange student at the National University of Mexico, Mexico City. Jacque married Hugh M. Frye, Jr. of Dallas, Texas, on June 3, 1958. The couple, married for 37 years until Hugh’s death in 1995, raised three children. During this time, Jacque also earned a Master’s in Education from the University of Tulsa and a Reading Specialist Certificate. A lifelong educator, she taught College Study Skills and English at Broken Arrow High School until her retirement in 1995. In the years following, she taught part-time at Tulsa Community College. Jacque was a member of Kappa Kappa Iota, the National Professional Organization for Educators, and OREA, the Oklahoma Retired Educator Association. Jacque’s many talents, interests and hobbies led her to serve her community in a variety of capacities. A volunteer docent at the Gilcrease Museum, Jacque was active in the Gillies for over 20 years and served as Gillies President 2005-2006. Jacque also volunteered for the Literacy Council and belonged to the Literacy Volunteers of America. Jacque loved gardening, antiquing, traveling, crossword puzzles, quilting, painting and her Labrador retrievers. An avid reader, she belonged to the Tuesday Book Club, founded in Tulsa in 1905. But to her family she will be especially remembered for her cooking. Hosting innumerable family dinners, “Grammie” was famous for her homemade cinnamon rolls, hot rolls, pecan and mincemeat pies. She also loved the arts and regularly attended the Tulsa Opera, Tulsa Symphony and Tulsa Ballet. Jacque was preceded in death by her husband. She is survived by three children, Amanda Boyaci, husband George, Tulsa; Matt Frye, wife Jill, Tulsa; and Phoebe Frye, husband Michael Smetana, River Forest, IL. Sister Rebecca Taylor, husband Pete, Huntington Beach, CA. Four grandchildren, Keeton Frye, wife Lanie; Marshall Frye, wife Stacey; Camille Smetana and Margo Smetana. A memorial service will be held at 2:00 p.m. Wednesday, August 3, at The Park Church of Christ Chapel. Memorial contributions may be made to Hope Harbor Children's Home, P.O. Box 1047, Claremore, OK 74018 or www.hopeharborinc.org.
Print
Wednesday
3
August