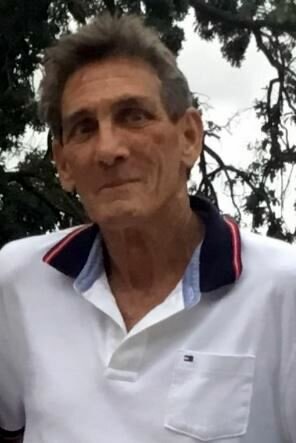 Please share a memory of Michael to include in a keepsake book for family and friends.
View Tribute Book
Michael Owen Kropp Jr., 62, passed away Wednesday, July 27 at Clarehouse Hospice Care in Tulsa, Oklahoma. He was born September 12, 1959 to Michael Owen Kropp Sr. and Mary Jo Kropp (Gray) in Tulsa, Oklahoma. Michael spent his time over the years between Oklahoma and Southern California. In 1980 he married Pam Tucker, and had a daughter, Kristie Sue Kropp. For more than 35 years Michael was a respected craftsman, delivering artistic, high-quality performance on multimillion-dollar homes and businesses. In the 1970’s, he was instrumental in refurbishment of the Golden Driller, the 75 foot oil worker statue that welcomes people to the Tulsa Expo Center. Michael was known and admired by all who knew him for his skills and his work ethic. Even in declining health he continued to catch “the big ones” off a dock in Lake Eufaula. Strong on the outside, he was tender on the inside. He is survived by his mother, Mary Jo Klabzuba; his beautiful daughter, (“Baby Cakes” as he called her), Kristie Sue Kropp; grandchildren Cyrus and Ryder Simmons of Crestline, California; his brother Christopher Anthony Kropp and sister-in-law Linda Caldwell; his nephew Matthew Kropp; and stepmother Judy Kropp and stepbrother Christopher Strang. He was preceded in death by his father, Michael Kropp Sr.; stepfather Charles Klabzuba; and his sister, Michelle Kropp. A memorial service will be held at 10:00 a.m. Saturday, August 13 at the Ninde Brookside Chapel, 3841 S. Peoria. Those wishing to honor his memory may make donations to Clarehouse Hospice Care, 7617 S Mingo Road, Tulsa, OK 74433. Ninde Brookside, 918-742-5556.
Print
Saturday
13
August