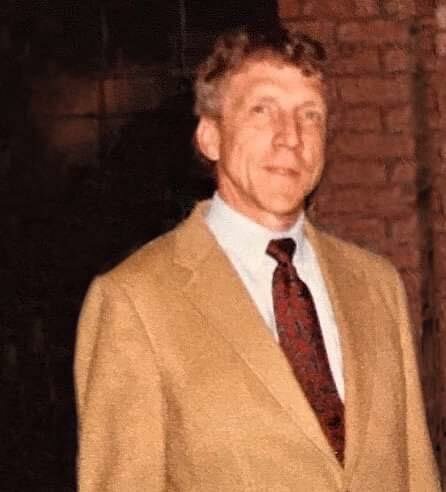 Please share a memory of Robert to include in a keepsake book for family and friends.
View Tribute Book

Bob graduated from Bishop Kelley High School in 1965 and then attended the University of Notre Dame for two years before receiving his BS degree in Mathematics from the University of Oklahoma.  He minored in Biology and Chemistry.  After graduation, Bob volunteered with the Peace Corps and served two years in Ethiopia.  When he returned from Africa, he settled in Massachusetts, finding employment at a psychiatric hospital in Boston. He eventually returned to Oklahoma where he learned the skills of carpentry, excelling in that and enjoying every minute of it.   Bob was also an accomplished musician, choosing the guitar and banjo as a means to entertain friends and family. Bob enjoyed watching horse races, but was never able to get Alydar (his all-time favorite) past Affirmed, coming in second in all of the 1978 Triple Crown races! All of his nieces and nephews who heard of his passing mentioned that Bob was their favorite uncle.  He was a good man and will be sorely missed.

He was preceded in death by his parents and a brother, Michael Edwards.  Bob is survived by his friend, Dot Danley of the home; sisters, Mary Gieselman, Patricia Green, Judith Edwards, Janet Ogle, Susan Mallory and Therese McKay, and brothers, Philip Edwards, James Edwards and Christopher Edwards.

No services are planned.