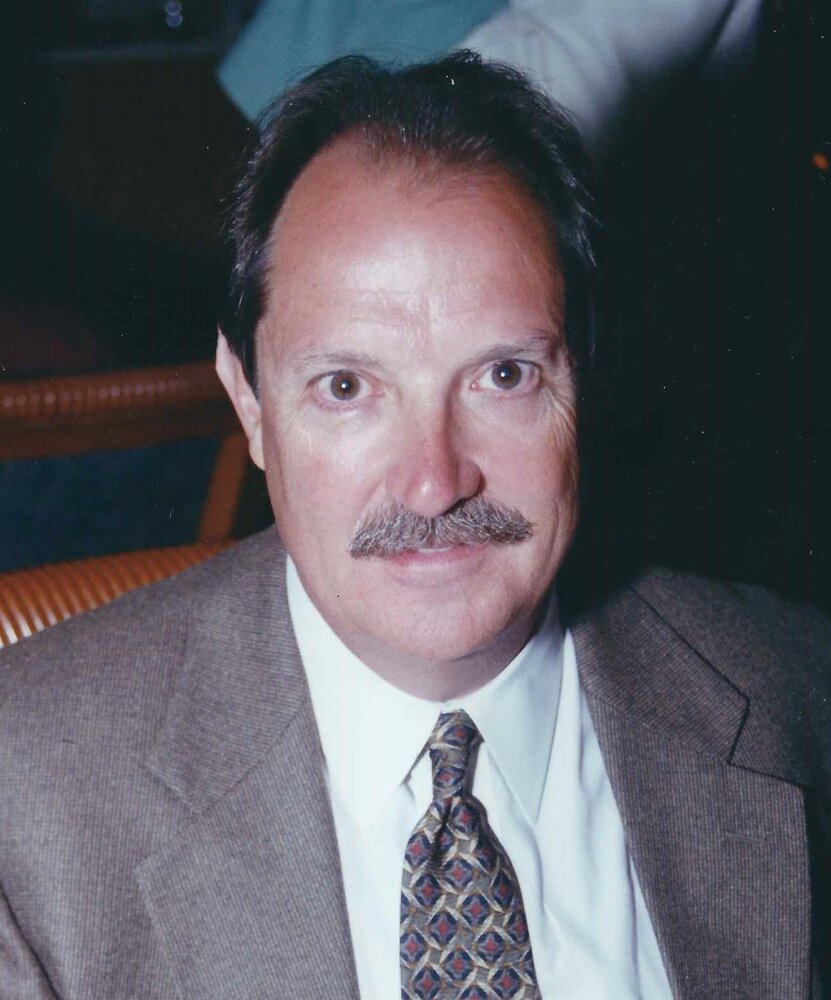 Please share a memory of Bradley to include in a keepsake book for family and friends.
View Tribute Book

Bradley Joseph Petty, “Brad” was born on March 14, 1952 in Tulsa, Oklahoma.  The third of of four children born to Robert J. “Bob” and Leatrice Rowan Petty.  He passed away after a quick yet courageous battle with pneumonia due to leukemia on September 18, 2022 at MD Anderson at the age of 70 years old.

Brad attended Barnard and Key Elementary Schools, Nimitz Middle School and Tulsa Memorial High School, graduating in 1970.  Brad grew up attending Tulsa Oilers (later Drillers) baseball games and hockey games with his father and brothers.  Brad loved playing sports, especially baseball and ice hockey, a Petty family tradition.  He played on multiple all-star hockey teams throughout high school.  Known to all as fun and outgoing, he was a member of the Broncs Social Club in high school and very popular among his classmates and friends.  Brad played the drums and took great pleasure in music, both of which were lifelong passions for him.  He continued his education at Oklahoma State University, graduating with a Bachelor of Science in Business Administration in 1975.  Brad was a member of Sigma Alpha Epsilon Fraternity, where he made lifelong friendships and learned to be a true gentleman.

Upon graduation, Brad followed in the footsteps of his grandfathers, joining his father and brother, Scott in the family business, Petty’s Fine Foods.  He immediately established himself as an astute buyer and merchandiser of specialty foods.  Together, Brad and Scott operated a discount retail store in Broken Arrow for a few years before focusing solely on multiple Petty’s locations throughout Tulsa.  As Executive Vice President, Brad focused on the growing world of specialty foods and was an active member of the National Association for the Specialty Food Trade (NAFST), now known as the Specialty Food Association.  He brought exciting and innovative products to the stores and to Tulsa, focusing most of his time on the Utica Square location. Always one for adventure and entrepreneurship, Brad decided to expand on his expertise with the grocery business, leaving Petty’s after 16 years and purchasing a food distributorship with a partner in the early 1990’s, thus embarking on a successful new career.  After serving as Executive Vice President at Food Distributors for more than a decade, Brad sold the company.  During his brief retirement, Brad taught marketing at Tulsa Community College and embarked on an experience of a lifetime, riding the Tour De France with one of his most cherished friends, Peter Mayo in 2004.  His passion for business and innovative ideas led to his next chapter in his successful career of business ownership.  Brad partnered with Burt Holmes to purchase National Occupational Health Services (NOHS).   As President and then sole owner, Brad, along with his daughter, Mary Katherine used his keen sense of business and experience as an owner/operator to create a medical clinic that tailored to the wants and needs of employers.  During this time, he also created National Background Reporting (NBR) with Scott Lentz.

Brad was a natural athlete, playing baseball and ice hockey with his family and friends, attending local games throughout his life.  He loved music, motorcycles and cars.  Brad was an avid outdoorsman with a love of snow skiing, fishing, backpacking, gardening and hiking.  He was always very active and stayed fit playing racquetball, tennis and softball with friends.  Brad loved the mountains, from his time as a child in Tucson, Arizona to family ski and summer trips in Taos, New Mexico as well as Colorado. He fell in love with cycling, swimming and running, participating in as well as spearheading and sponsoring numerous local events. In 1989 he competed in the New York City Marathon.  Brad’s love of exercise was infectious and legendary, from his creation of the Petty’s Purina K-9 Klassic, to the Monte Casino Octoberfest Fun Run, to the beloved voice at the finish line of the Tulsa Run.  As a member of the Tulsa Running Club, the Tulsa Wheelmen, a Trailblazer for the Tulsa Trails System, the Tulsa Racquetball and Athletic Club, and the Tulsa Tulsa Tennis Club, Brad made many special and long lasting friendships.  Brad continued to play ice hockey as well, often times creating teams with many of his childhood friends.  Brad’s contributions to the Tulsa community were not limited to just sporting events.  He served as a judge at The Art of BBQ, coached softball and basketball at Monte Cassino, he was a member of Southside Rotary, was a member of The Advisory Board (TAB), a member of First Presbyterian Church, and like his father and brother, Brad spent many years as a member of the Tulsa Executive’s Association (TEA).  Brad was passionate about helping others, especially those who had fallen on hard times or those who were in need.  This passion culminated in his deep belief and dedication to the Salvation Army, specifically the Adult Rehabilitation Center, where he spent numerous years serving on the board and doing his best to do the most good.

Brad was many things.  A beloved son and grandson, a treasured confidante and friend, a steadfast and supportive sibling, a shrewd and smart businessman, a kind and considerate co-worker and boss, but most important of all, Brad was a loving father and grandfather.  His love and devotion to his daughters, Mary Katherine and Claire was unwavering and known to all that knew him.  His girls were truly the lights of his life, filling his heart with pride, joy and love.  He often referred to them as his two greatest assets.  His guidance, commitment and enduring love taught his children how to learn, how to love and how to fully embrace all that life has to offer.  When Brad became a grandfather, his heart grew to experience a new and special love.  He adored Grayson, Tatum and Everett and they adored him.  Brad’s warm smile beamed with love and pride every time he saw and spoke about his three cherished grandchildren, in a way that only a guy they loving called DoDo could.

Brad was preceded in death by his father, Robert Joseph “Bob” Petty; mother, Leatrice Rowan “Lea” Petty; nephew, Justin Bradley Hahn; and brother-in-law, Jimmy J. Hahn.  Brad is survived by his loving daughters, Mary Katherine Kindred, her children, Grayson Bradley and Tatum Caroline; Claire Petty Walker and her husband, Adam, and their son, Everett Joseph; brother, Scott Petty and his wife Maureen and their children, Allison, Whitney and Bobby; sister, Dianne Hahn and her daughter, Kristin; brother, Mike Petty and his wife Linda and their children, Jack and Joe; fiance, Deana Fortney and her two daughters.  Brad was an exemplary man, a beloved son, brother, father, and friend.  He will be fondly remembered and deeply missed by all who had the opportunity to know him.

A service will be held for Brad at 11:00am on Thursday, September 29th at the Tulsa Theater (formerly the Brady Theater), 105 West Reconciliation Way in Tulsa.  In lieu of flowers, the family asks that donations be made in Brad’s honor to the Salvation Army Adult Rehabilitation Center or to the Leukemia and Lymphoma Society.