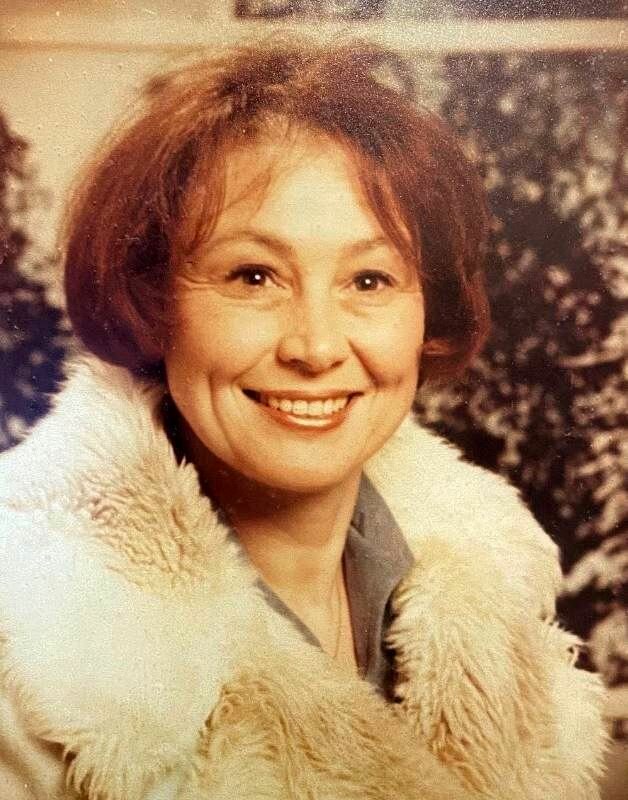 Please share a memory of Dorothy to include in a keepsake book for family and friends.
View Tribute Book

Dorothy Ann Evans, daughter, mother, wife, grandmother and esteemed Federal Bankruptcy Court Clerk once listed in “Who’s Who of American Women,” has passed away at the age of 86 in Tulsa, Oklahoma. She was surrounded by her family, transitioning to her next adventure on Thanksgiving eve.

Born on September 30, 1936 in Iowa City, Iowa, Dottie – as she was known by friends – was the firstborn of Olga and Carl Kinney, the sister of Carole Ivie, who predeceased her, and is survived by her husband of 26 years, Whitfield Mauzy, along with her three children by the late Robert Presley Evans: Joe Evans of Bow, New Hampshire, Jennifer Evans Gardner of Santa Barbara, California and Jeff Evans of Tulsa; grandchildren Collin Evans, Courtney Evans, Cameron Evans, Kellen Gardner and MacKenzie Evans; nieces Mary Ann Blair, Carla Compagna, Angela Waldman and Dana Casey; and cousin Joanne Branchaw -- along with countless friends. Dottie was not only wickedly funny and whip-smart, she was also just a blast to be around. She loved to dance, travel, read, shop, eat chocolate and socialize, but nothing brought her more joy than being surrounded by friends and family over a great meal.

Growing up in Iowa in the 50’s, the stunning Dottie Ann Kinney took an interest in acting and television, and after a brief stint modeling junior wear for a department store, hosted radio shows in Iowa City, at one point “recording screams” for the Perry Mason television show. After attending college, she worked as a legal secretary to three judges and a senator before becoming a revered Bankruptcy Court Clerk in the Northern District of Oklahoma.

In between presiding over cases, Dottie gave back to her community, serving on the Board of Directors of Parkside Hospital, as an election worker, a “celebrity waiter”  for the American Lung Association and so much more. She taught at Tulsa Community College, was a member of the Tulsa Garden Society, and supported the arts as a member of Philbrook Art Museum and Gilcrease Museum. She was involved in Boston Avenue Methodist Church, where the organized a singles group – ultimately meeting her second husband in the process.

But Dottie’s greatest contributions had nothing to do with awards or accolades. She was a force to be reckoned with, a strong, independent woman who discovered her own power to make a difference. She was kind, generous and passionate in all things that matter. She will be missed and never, ever forgotten, and in the words of several of her lifelong friends, “there will never, ever be another Dottie.” Her life will be celebrated on Saturday, December 10 at 10 a.m. in the Rose Chapel of Boston Avenue Methodist Church at 1301 S. Boston Avenue in Tulsa, Oklahoma.  In lieu of flowers, the family requests donations be made to the Dementia Society of America in her name [https://www.weremember.com/dottie-ann-evans/3p9y/memories].