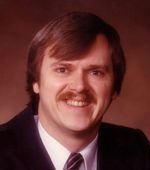 Please share a memory of Danny to include in a keepsake book for family and friends.
View Tribute Book
Amrine, Danny A., age 54, passed away Tuesday, January 3, 2006. Danny was born on December 18, 1951 in Hutchinson, KS to Andrew and Betty (Frye) Amrine. He received a B.S. degree in Zoology from O.U. in 1973 and his Juris Doctorate from T.U. in 1982. He was an Eagle Scout, member of the Tulsa Central Rotary Club and the Tulsa Community Band. He is survived by a daughter, Ferrin Amrine; sons, Patrick and Nicholas Amrine, all of Tulsa; sisters, Diana Cantero, of Tulsa and Peggy Noble, of Oklahoma City, OK and several nieces and nephews. Service 10:00 A.M. Friday Ninde Garden Chapel. In lieu of flowers donations may be made to the American Cancer Society, 5110 S. Yale Ave., Suite 101, Tulsa, OK 74135. Ninde Garden Chapel 918-742-5556.