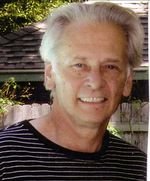 Please share a memory of David to include in a keepsake book for family and friends.
View Tribute Book
David Beal Murray, known as "Davey" to his closest friends, was born on Thanksgiving Day, November 26, 1942 to David W. and Nancy (Beal) Murray. He grew up in Tulsa attending Tulsa Public Schools and was a proud member of the Tulsa Central High School Class of 1961 where he played football and basketball. He was a lifetime member of the First United Methodist Church in Tulsa. David attended Oklahoma University where he was a member of Phi Delta Theta fraternity. He received his B.S. degree from Oklahoma State Univeristy in Hotel and Restaurant Administration. David trained as a medic in the Tulsa Air National Guard. After graduation from OSU, and for over 40 years, David worked for and managed some of the finest hotels and resorts in the United States. Some of those positions were: General Manager for the Registry Hotels Corp. / Hospitality Management Corp.; Vice President of food and beverage for Winfrey Hotels, Inc. and General Mgr. of Evergreen Conference Center and Resort in Stone Mountain, GA. David is survived by a daughter, April Murray McAnerney and her husband Mike of Kansas City; 3 sisters: Sheron Murray Richardson and her husband Dean of Fayetteville, Arkansas; Rev. Connie Murray Ichord and husband Daryl Hubbard of Tulsa, and Rebecca Murray Terrill and husband Charlie of Collinsville, OK. David is also survived by his long time dear friend, Diana Sullivan Mann of Tulsa ; an uncle, Forrest Winston of Tulsa, and a cousin Mrs. Jack Hale (Charlyn) of Tulsa; 1 nephew, 3 nieces, 1 great nephew and 5 great nieces. David had a deep love and devotion for his family. He will be missed by many friends in the entertainment and restaurant community of Tulsa and throughout America. In lieu of flowers, memorials may be made to the David B. Murray Memorial Fund at First United Methodist Church or St. John's Hospice. There will be a private graveside service followed by a memorial service which will be held Friday, January 13, 2006 at 2:00 p.ml. in the First United Methodist Church, 1115 S. Boulder.