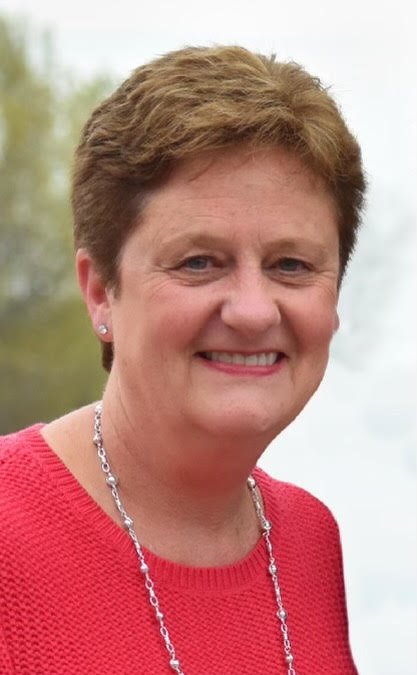 Please share a memory of Jane to include in a keepsake book for family and friends.
View Tribute Book
Jane Anne “Janie” Quint was born February 4, 1959 in St. Louis, Missouri to Robert and Shirley (Zanone) Bahn. After a short illness, she passed from this life Tuesday, July 27, 2021 in Tulsa at the age of 62. Janie attended Lindbergh High School and then moved to Tulsa, where she received a degree in Advertising and Public Relations from The University of Tulsa in 1981. She was a member of Kappa Kappa Gamma which led to lifelong friendships with many of her sorority sisters. Janie met Don P. Quint, Jr., her future husband, during the spring semester of her senior year at TU. After graduating, she made her home in Tulsa, worked in advertising at Hinkle Brown Bloyed and married Don on September 22, 1984. Janie devoted her time and energy to her family and is the very proud mother of Ben (Houston, TX) and Anne (Tulsa/Ft. Worth, TX). Besides family and friends, Janie’s greatest love was for her dog Toby. She was preceded in death by her parents; her sister-in-law, Janet Bahn; nephew, Bob Bahn; and father-in-law, Don Quint, Sr. Janie is survived by her husband of nearly 37 years, Donald P. Quint, Jr.; their son, Ben and daughter, Anne. She is also survived by her sister, Mary Sandman (John) of St. Louis, MO; brother, Terry Bahn of Jacksonville, FL; mother-in-law, Sylvia Quint of Hutchinson, KS; brothers-in-law, Michael Quint (Lanette) of Wichita, KS and Doug Quint (Jeny) of Hutchinson, KS; 3 nieces; 7 nephews; 1 great-niece; and 3 great-nephews. Janie was an avid fan of University of Tulsa Men’s Basketball and attended every home game while also traveling periodically to away games. Those who know her will remember her as a friend to all and devoted sender of greeting cards with a quick sense of humor. Her commitment to her children’s school events was award-worthy. As Janie and her mother would say: “This too shall pass.” A memorial service will be held 4:00 p.m. Friday, August 6, 2021 at First Presbyterian Church, 709 S. Boston Ave. In lieu of flowers, friends may contribute in Janie’s memory to Humane Society of Tulsa, Creede Repertory Theatre (CRT), TU Men’s Basketball or Tulsa Boys’ Home. Ninde Funeral & Cremation | (918) 742-5556 | ninde.com
Print
Friday
6
August