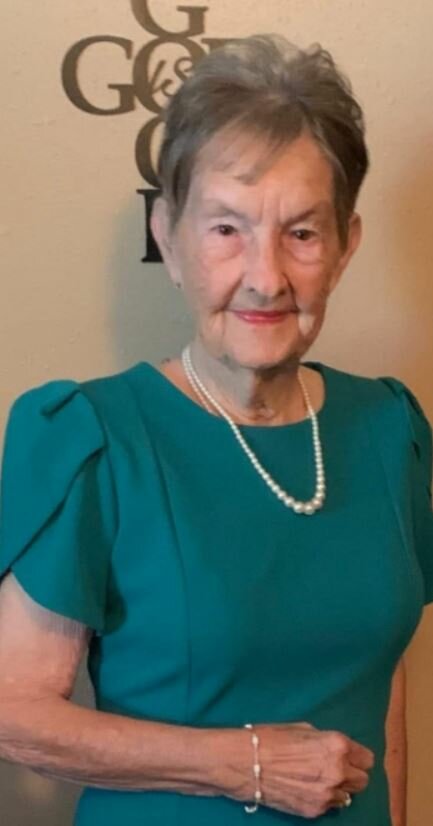 Please share a memory of Dorothy to include in a keepsake book for family and friends.
View Tribute Book

Dorothy Jeanette (Nelson) Staires was born September 1, 1933 in Tulsa, OK to Kenneth Richard Nelson and Garnett (Howard) Nelson and passed from this life, surrounded by her family, on November 2, 2022 at the age of 89.

Dorothy loved to travel, anytime, anywhere.  She also loved to read, garden and be outdoors.  The highlight of her day was tending to the horses, Sophie & Liz.  Each day would begin with her watering them and feeding them the carrots she bought in bulk for just that purpose.  When not enjoying things outdoors she would squirrel herself away with her books; especially the Harlequin romances she so enjoyed.  Never one to shrink from life or its challenges you never had to guess where she stood or what she thought.  Her brand of life will be greatly missed.

Dorothy is preceded in death by her parents; her sons, Larry Joe Staires and Roy Wayne Staires.  She is survived by her children and their spouses, Gary & Melva Staires, Glenna & Rodger Scott, Ricky & Julia Staires, Terry & Paula Staires and Sharon & Robert Queen; her brothers, Richard Nelson and Kenneth Wayne Nelson and his wife Donna; her sister and brother-in-law, Carol & Gary Ferguson; 20 grandchildren; and 35 great grandchildren.

Look inside to read what others have shared
Family and friends are coming together online to create a special keepsake. Every memory left on the online obituary will be automatically included in this book.
View Tribute Book
Share Your Memory of
Dorothy
Upload Your Memory View All Memories
Be the first to upload a memory!
Share A Memory
Plant a Tree